Vibrating belt uses GPS to guide cyclists by tickling them 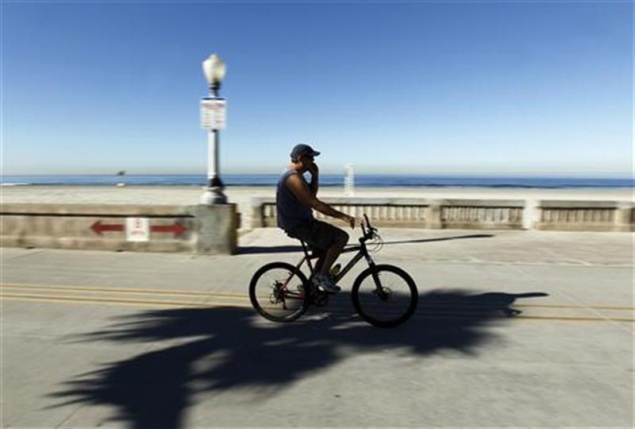 Researchers have designed a new vibrating navigator belt that guides cyclists by tickling them with coded buzzes and with directional nudges just before each turn.

Like satnav for a cyclists waist, the "vibrobelt" helps guide cyclists and has proven successful in early tests.

It uses vibrating actuators that indicate left, right, backward and forward turn directions, and even tickles the user with coded buzzes that tell them how far they have to go to their destination.

Developed by Haska Steltenpohl of the Intelligent Systems Lab at the University of Amsterdam, the Netherlands, the system aims to give cyclists a "heads-up" navigator, allowing them to keep their eyes on the road after they have chosen their destination on a GPS smartphone.

They simply set off and get directional nudges from the vibrators just before each turn, 'New Scientist' reported.

To see if the vibrotactile navigation compared well with using a standard GPS map on a handlebar-mounted smartphone, 20 volunteers tried both methods on a variety of unfamiliar routes.

While all the cyclists reached their destinations successfully, the researchers noted an important difference: when questioned about landmarks they had passed, the vibrobelt users proved much more aware of their surroundings en route than those who were constantly glancing at a GPS screen.

The researchers plan to reveal their system and research results at the annual Intelligent User Interfaces conference in Santa Monica, California, in March.

It's not the first time "vibro" navigation has been tried, however.

The US military is trialling a system that guides ground troops to targets in a similar fashion.