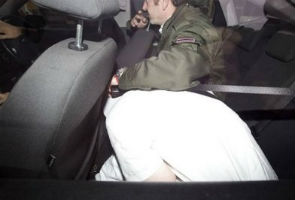 Highlights
A US soldier's scheme to defraud one of the world's richest men has landed him in federal custody.

In a criminal complaint unsealed yesterday, federal investigators allege Brandon Lee Price changed the address on a bank account held by Microsoft co-founder Paul Allen, then had a debit card sent to his home so he could use it for payments on a delinquent Armed Forces Bank account and personal expenses.

Price was absent without leave at the time.

Price called Citibank in January and changed the address on an account held by Allen from Seattle to Pittsburgh, then called back three days later to say he'd lost his debit card and asked for a new one to be sent to him, an FBI investigator wrote in a criminal complaint filed in February.

The card was used to attempt a USD 15,000 Western Union transaction and to make a USD 658.81 payment on the Armed Forces Bank loan account the day it was activated, according to the complaint. Surveillance footage captured Price trying to make purchases at a video game store and a dollar store, authorities alleged.

Investigators found Price was listed as absent without leave from the Army and wanted as a deserter, authorities said in the complaint. He was arrested March 2 and ordered detained until April 2 unless the Army takes him into custody.