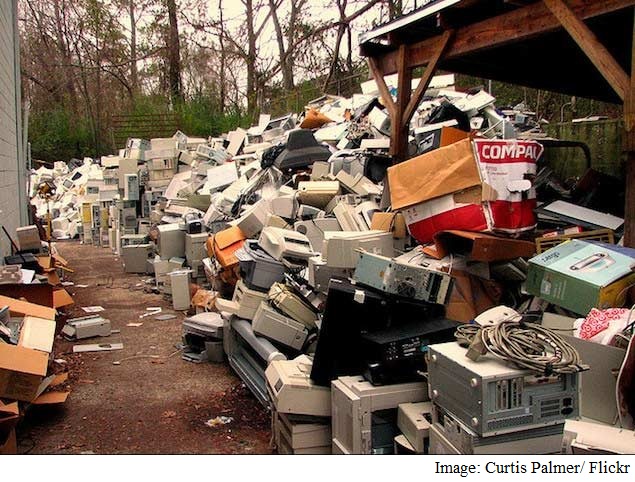 The United States and China contributed most to record mountains of electronic waste such as cellphones, hair dryers and fridges in 2014 and less than a sixth ended up recycled worldwide, a U.N. study said on Sunday.

Overall, 41.8 million tonnes of "e-waste" - defined as any device with an electric cord or battery - were dumped around the globe in 2014 and only an estimated 6.5 million tonnes were taken for recycling, the United Nations University (UNU) said.

The report estimated that the discarded materials, including gold, silver, iron and copper, was worth some $52 billion.

The United States led e-waste dumping with 7.1 million tonnes in 2014, ahead of China on 6.0 million and followed by Japan, Germany and India, it said.

The United States, where individual states run e-waste laws, reported collection of 1 million tonnes for 2012 while China said it collected 1.3 million tonnes of equipment such as TVs, refrigerators and laptops in 2013.

Norway led per capita waste generation, with 28 kg (62 lbs) dumped per inhabitant, followed by Switzerland, Iceland, Denmark and Britain. On that ranking, the United States was ninth and China was not among a list of the top 40.

The gold alone was valued at $11.2 billion, with the precious metal used in devices because it is a good, non-corrosive conductor of electricity.

"At the same time, the hazardous content of e-waste constitute a 'toxic mine' that must be managed with extreme care," said Malone, referring to components such as lead and mercury which are found on some discarded devices.

Global volumes of e-waste were likely to rise by more than 20 percent to 50 million tonnes in 2018, driven by rising sales and shorter lifetimes of electronic equipment, the report said.

Ruediger Kuehr, one of the authors of the report, said many people were aware of the global problem of waste but often left ageing toys or cellphones in drawers or cellars at home. "People don't see it as an issue in their own households," he said.

Apple Watch to Boost 'Glance Journalism'
Is Slack Really Worth $2.8 Billion? A Conversation With Stewart Butterfield