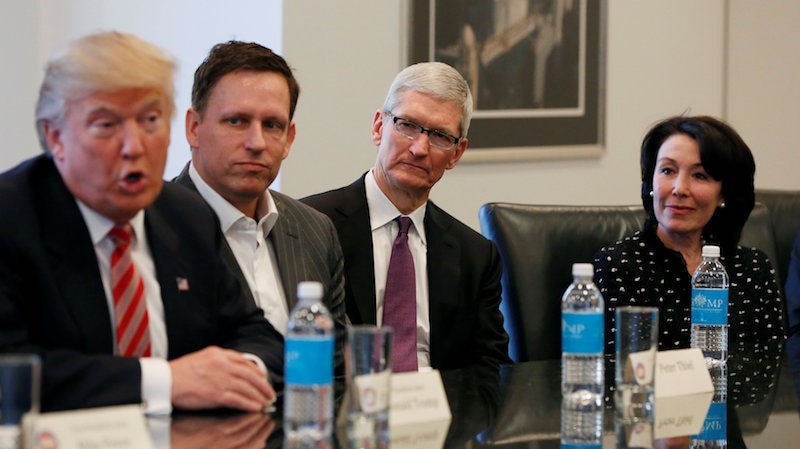 President Donald Trump announced on Monday he has signed an executive order creating a new technology council to "transfer and modernise" the US government's information technology systems.

A White House official confirmed Monday that about 20 technology chief executives will attend meetings at the White House in early June to talk about improving government information technology.

"Americans deserve better digital services from their Government. To effectuate this policy, the federal government must transform and modernise its information technology and how it uses and delivers digital services," Trump's executive order dated April 28 said.

Officially called the American Technology Council, Chris Liddell will be its director. He is the White House director of strategic initiatives, and former Microsoft and General Motors co chief financial officer.

A 2016 US Government Accountability Office report publicly estimated the US government spends more than $80 billion (roughly Rs. 5,13,109 crores) in IT annually, but said spending has fallen by $7.3 billion since 2010. In 2015, there were at least 7,000 separate IT investments by the US government, the report said.

The $80 billion figure does not include Defense Department classified IT systems; and 58 independent executive branch agencies, including the Central Intelligence Agency, the report said.

The GAO report said US government IT investments "are becoming increasingly obsolete: many use outdated software languages and hardware parts that are unsupported."

The report found some agencies are using systems that have components that are at least 50 years old. "The Department of Defense uses 8-inch floppy disks in a legacy system that coordinates the operational functions of the nation's nuclear forces," the report said.

The report said the Defense Department plans to update the system by the end of September.

The Treasury Department's business master file of tax data pertaining to individual business income taxpayers dates back to the 1950s and using an antiquated computer language "and operates on an IBM mainframe."

The council is chaired by Trump and includes the defense secretary, homeland security secretary, budget director and director of national intelligence.