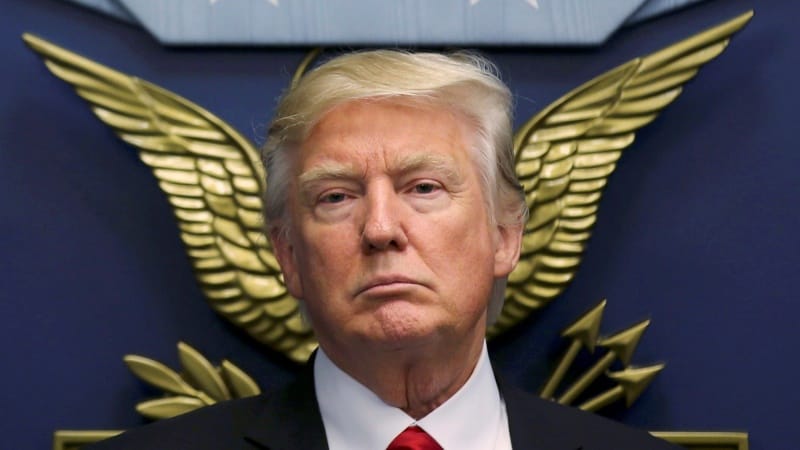 More than 100 companies, including most of high-tech's biggest names, joined a legal brief opposing President Donald Trump's temporary travel ban, arguing that it would give companies strong incentives to move jobs outside the United States.

The companies - including Apple, Google, and Microsoft - banded together late on Sunday to file a "friend-of-the-court" brief with the 9th US Circuit Court of Appeals in San Francisco.

They argued that the executive order temporarily banning citizens of seven Muslim-majority countries and all refugees "inflicts significant harm on American business."

Elon Musk's Tesla and SpaceX were among other companies signing onto the brief on Monday, raising the number of signatories to 127.

Musk is among the few tech executives on Trump's business advisory council. He has been forced to defend his participation in recent days, particularly since Uber Technologies' chief executive, Travis Kalanick, quit the group on Thursday following the travel ban.

The new Republican president's January  27 executive order sparked protests and chaos at U.S. and overseas airports in the weekend that followed. Trump has defended the ban as necessary to ensure tougher vetting of people coming into the United States and better protect the country from the threat of terror attacks.

On Friday, U.S District Judge James Robart in Seattle, ruling on a lawsuit challenging the order filed by Washington state and Minnesota, temporarily lifted the ban. The federal government appealed the decision, which was heavily criticized by Trump.

In their brief, the companies argued that the order created uncertainty for companies depending on talent from overseas and global business travel to innovate and create jobs in the United States.

"Highly skilled immigrants will be more interested in working abroad, in places where they and their colleagues can travel freely and with assurance that their immigration status will not suddenly be revoked," the brief said. "Multinational companies will have strong incentives ... to base operations outside the United States or to move or hire employees and make investments abroad."

"Ultimately, American workers and the economy will suffer as a result," the companies argued.

A major theme of Trump's 2016 presidential campaign was bringing back jobs he said had been moved to other countries.

Responding to the lawsuit, the federal government argued in legal filings that the president was exercising his constitutional authority to control U.S. borders and that the law allows him to suspend the entry of any class of foreigners who "would be detrimental to the interests of the United States."

The brief hailed the contributions inclusive immigration policies have made to the American economy. It said that immigrants or their children have founded more than 200 of the companies on the Fortune 500 list.

Trump's agenda on immigration, trade, cyber security, tax reform and other issues has caused deep consternation in the tech industry. Before the travel ban, most companies said they wanted to work with him and avoided any direct confrontations.

But the immigration restrictions provoked a broad backlash in Silicon Valley, where foreign-born nationals are an integral part of the tech economy. There have been peaceful protests at Google and Facebook. Uber was the target of a boycott, and scrambled to reassure its many immigrant drivers that it was on their side.

Partly because of pressure from their rank-and-file, big tech companies have separated themselves from much of corporate America in directly confronting Trump policies. Only a handful of non-tech companies joined the friend-of-the-court brief, though some of the lawyers involved said that was mainly because the group came together very quickly through personal contacts.

Samsung Galaxy S8, Galaxy S8 Plus Leaked Renders Hint at Bezel-Less Design and More
PS4-Exclusive Yakuza 0 Sold Out in India and Nobody Knows Why