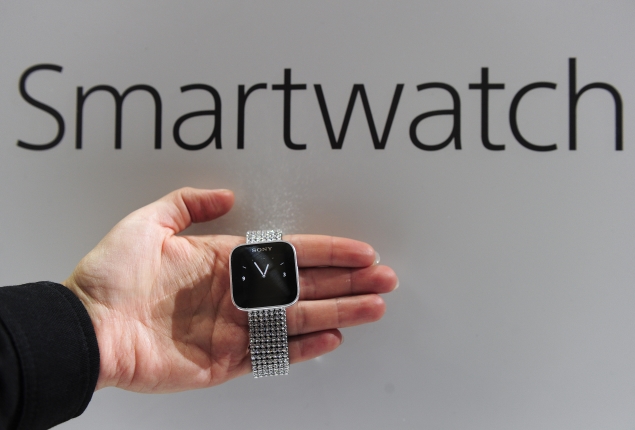 Amid much speculation on the future of the "smartwatch," the consensus is growing the time is right.

In recent weeks, reports have surfaced about plans for smartwatches from tech giants Apple (Also see: Apple rumoured to be working on a Bluetooth watch powered by Intel), Samsung and Google, with launches possible later this year.

"I think we have reached a tipping point," said Avi Greengart, analyst on consumer devices at the research firm Current Analysis.

Greengart said 2013 may be the year for the smartwatch because "the components have gotten small enough and cheap enough" and a large number of consumers now have smartphones that can connect to a wearable device.

The idea of the connected watch has been around for at least a decade Microsoft had one in 2003. And some devices are already on the market including from Sony, the crowdfunded maker Pebble and Italian-based firm i'm.

Up to now, smartwatches have been able to connect to phones wirelessly to give users signals about new messages, and allow some limited Web access.

But analysts say once they gain traction, app developers can come up with new functions, possibly drawing on health and fitness monitoring devices now in use.

The likely entry of new heavyweight players like Apple "can catalyze the market," Greengart said, while noting that any new device has to prove its utility to consumers.

"This is a market that needs to be created."

Even though Apple has maintained its customary silence on the subject, that has not stopped speculation on the Internet, including a likely design of a curved glass "iWatch."

ABI Research predicts that smartwatches and other wearable computing devices will "explode in popularity over the next year" and grow to 485 million annual device shipments by 2018.

"Apple's curved glass-based watch could prove to be a revelation in the wearable technologies market. The major question is whether the digital time piece will act as a complimentary device to the company's iPhone smartphones or as a standalone product with other functionalities like health or activity tracking capabilities."

Citi analyst Oliver Chen said the smartwatch segment, which now includes devices from Fossil and Movado, could easily evolve into a $6 billion annual business with "higher than average" profit margins.

"A successful smartwatch likely needs to create a completely new market and not compete on fashion or luxury brand prestige," Chen said.

Forrester Research analyst Sarah Rotman Epps noted that "the body is the next frontier for personal computing," and that "it seems like only a matter of time before Apple enters the market directly."

Epps said that this market could grow because "consumers love their smartphones, and there is some appeal in having an additional touchpoint," which could allow a user to check messages or use other smartphone apps from the wrist.

But she noted that there are several other potential types of competing wearable computing devices, including Google Glass and other "smart" eyeglasses.

"I'm not convinced the smartwatch is the killer form factor," Epps told AFP.

Danielle Levitas, analyst at the research firm IDC, said there is an opportunity for smartwatches and other wearable devices because consumers want to be connected without pulling out a phone, which might be impolite in some situations.

"It's less rude to glance at your wrist than to take your phone from your back pocket," she said.

But it will take some time for the market to sort out what consumers want.

"You could have a device with all the smarts embedded, or a device with lower costs that connects to a smartphone," Levitas said.

Pricing of a fully autonomous watch could be $300 or more, she noted, plus data charges, but a smartphone-linked device may cost as little as $100.

Levitas said manufacturers will have to find the right size of display large enough to be useful without being cumbersome.

"It's going to be harder for women than men," she said.

"If it's big enough to be useful, it may look totally dorky. This may only appeal to certain segments."