Tim Cook 'Concerned About People Thinking Like Computers, Without Values or Compassion' 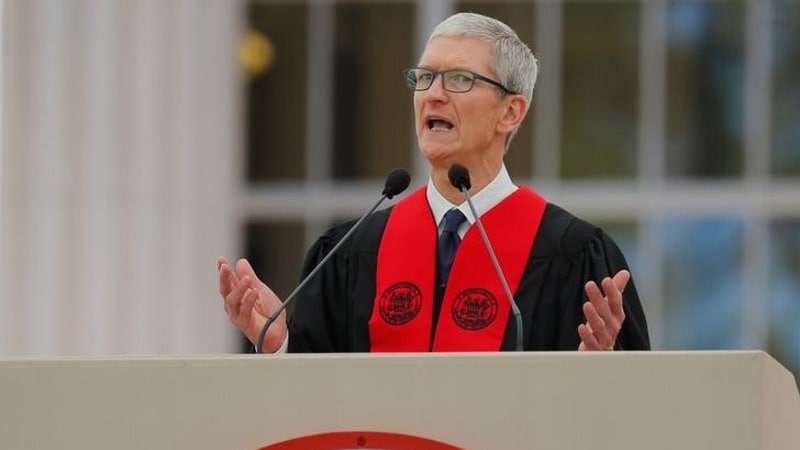 Apple CEO Tim Cook on Friday warned graduates at MIT, a pioneer in fields like computers and robots, about technology's dehumanising aspects and urged them to infuse its development with their own values.

"I'm not worried about artificial intelligence giving computers the ability to think like humans," Cook said in his commencement speech at the Massachusetts Institute of Technology. "I'm more concerned about people thinking like computers, without values or compassion, without concern for consequence."

Speaking to thousands of students and their families at MIT's Cambridge, Massachusetts, campus, Cook praised the benefits of new devices and social media. But he also cautioned that the same technologies can divide people through threats to privacy or security, and said technology must be tempered with human knowledge.

Cook's speech did not break new ground for him as head of the world's most valuable technology company but added some context around some of his past decisions, such as taking controversial stances to protect privacy rights and investing heavily in green technologies.

Cook has criticised President Donald Trump's policies but offered only a gentle joke at the president's expense on Friday, telling students it is obvious they have taken over Trump's Twitter account.

"I can tell college students are behind it because most of the tweets happen at 3 a.m.," Cook said.

His 15-minute talk stood in contrast to a lengthier graduation speech his predecessor, Apple co-founder Steve Jobs, gave at MIT rival Stanford University in 2005, in which Jobs outlined his free-thinking background and told graduates to find work they loved.

Cook took a more conventional career path to the top of Apple, where he became CEO in 2011 after stints at IBM and Compaq.

Cook, who is openly gay but famously circumspect, gave few details about his own life on Friday except to outline what he described as a frustrating search for meaning until joining Apple.

He said at one point he sought guidance in religion and last year met with Pope Francis, who Cook said reinforced his own sense that technology must be harnessed with strong values. He said Francis told him, "Never has humanity had such power over itself, yet nothing ensures that it will be used wisely."