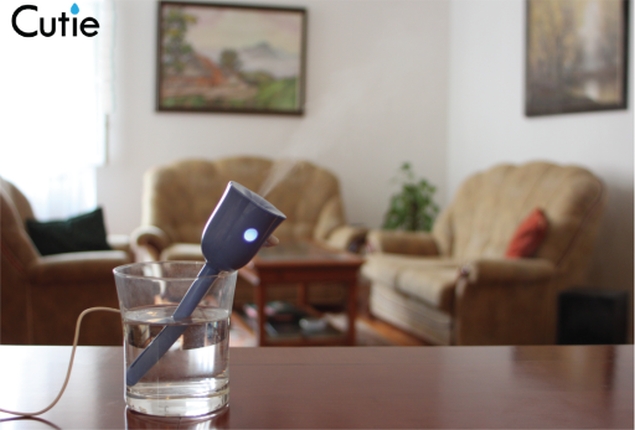 Our weekly column Kickstarter of the Week looks at a new crowdfunded project each week that you can back on sites like Kickstarter and Indiegogo. We've seen that some of the coolest new developments in recent times - such as the Oculus Rift virtual reality headset, and the Pebble smartwatch - have come out of the world of crowdfunding instead of the big companies. We're on the lookout for the potential game-changers, but we also try and point out fun projects that might be cool to back.

This week, we came across the Cutie Mini Humidifier on Indiegogo. It's a tiny device that you could slip into your pocket when it's not in use, and while it's called a humidifier, a mister would be a better description. That said, the little gadget looks like it could be a godsend, particularly in cities like Delhi where the dry heat in the summer can be brutal. Sure, we're usually spending our day in air conditioned offices, but that doesn't really help in dealing with the dryness here, and so the Cutie has us pretty interested.

It's a compact device with a tube at the bottom, which is you place in a glass of water, and a sprayer head at the top which blows out a thin stream of water droplets when it's powered through a simple USB port. You can power it from your laptop, or from a portable charger, and the mist should keep you feeling less tired in this hot weather.

It looks like something that would be useful around the house when you're not using the air conditioning, or even in the office if you're feeling the dryness is a little too much. And the set up seems incredibly easy to use, just as long as you remember to point it away from your laptop or other electronics.

You can see the prototype in action in the video below:

To see more from the world of crowdfunding, check out our older Kickstarter of the Week articles.