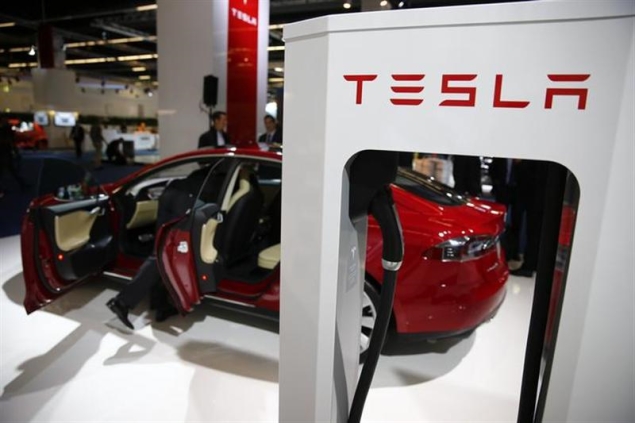 Tesla Motors Inc has had "conversations" with Apple Inc, Chief Executive Elon Musk confirmed to Bloomberg TV on Thursday, responding to speculation that the iPhone and iPad maker had shown interest in the electric car company.

But Musk would not describe those talks, including whether they involved the possibility of an acquisition. He added that it is "very unlikely" that Tesla would be bought by any company.

"We need to stay super focused on creating a compelling mass-market electric car," Musk told Bloomberg TV when asked if he would ever sell the company.

"I'd be very concerned in any kind of acquisition scenario, whoever it is, that we would become distracted from that task, which has always been the driving goal of Tesla," he said.

The San Francisco Chronicle reported this week that Musk met Apple Inc's top dealmaker in 2013. The report helped Tesla shares surge even as some analysts poured cold water on the prospect of a deal.

"Our sense is (Tesla) management might not like to be managed," Stifel analyst James Albertine said this week. "We also expect potential suitors may welcome some semblance of share price stabilization before negotiating price."

This jump came after Tesla reported better-than-expected results after market closed on Wednesday.