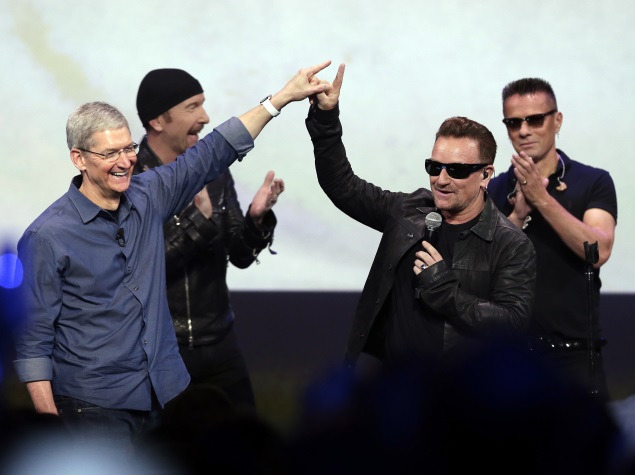 U2 frontman Bono described startups as the new rock bands and defended streaming service Spotify from recent criticism at an Internet event in Ireland on Thursday.

"One of the things I love about being at the summit is all these people remind me of being in a band. The same kind of people that would be in bands are now forming startups," Bono said at the Dublin Web Summit.

"I get off on that excitement, that thrill."

The singer called for greater transparency in the music business to allow the shift to digital music to "be successful and to take root".

He defended music-streaming site Spotify, which has been criticised by some artists and record labels who argue they earn little revenue from streaming, saying 70 percent of revenues go to rights' owners.

"It is clear that there are some traumas as we move from physical to digital, and the people who are paying the highest price for the traumas are songwriters rather than performers," he said.

"I see streaming services as quite exciting ways to get to people because in the end that's what you want from your songs."

It came after US singer songwriter Taylor Swift removed her music from Spotify after the release of her new album 1989, which went on to become the fastest-selling in the US in over a decade.

Swift did not announce a reason for the decision, but earlier this year urged musicians not to give their music away for little or nothing, writing in the Wall Street Journal that "valuable things should be paid for".

Bono did just that in September when a digital copy of U2's new album "The Songs of Innocence" was automatically downloaded onto Apple's half-billion iTunes accounts around the world, causing a backlash and forcing him to apologise.

The Irishman defended the decision on Thursday, saying it was one of the band's "proudest things ever".

"I don't know if they will ever do something like that again. I understand it's not something you can repeat," Bono said.

The three-day Dublin Web Summit networking event showcased 2,160 start-ups alongside some of the industry's leading companies, such as Google, Dropbox and Microsoft.