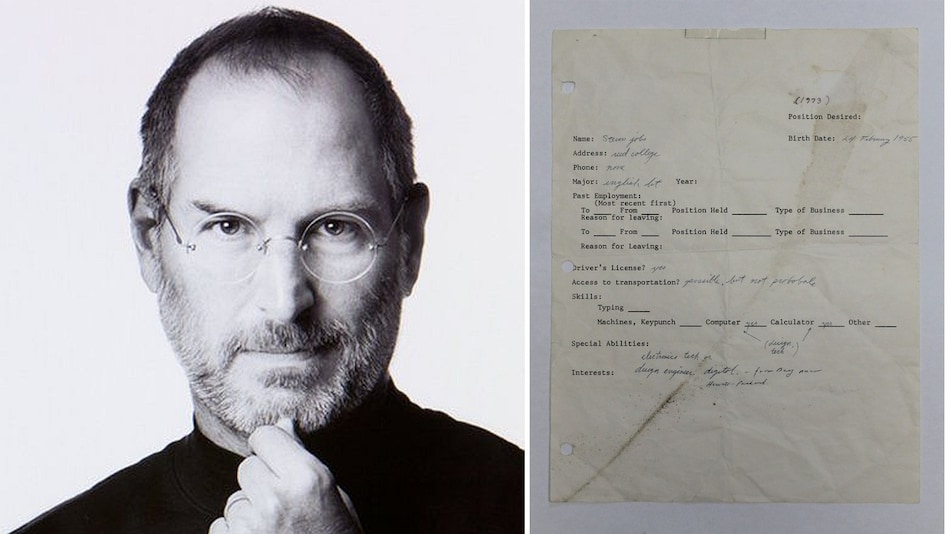 Steve Jobs' handwritten job application from 1973 was sold at an auction for GBP 162,000 (roughly Rs. 1.6 crores). The auction was conducted by Charterfields in the UK. The bidding started on February 24 and was closed on March 24. The single-page handwritten job application is supposedly one of the first ones Jobs filed after dropping out of Reed College in Portland, Oregon, US. This is not the first time that this job application has sold for big money at an auction, having been bought by a tech entrepreneur earlier in 2018.

The job application is touted to be one of the first ones filed by Apple co-founder and former CEO Steve Jobs, a year before he joined Atari in 1974 where he met his Apple co-founder Steve Wozniak. Jobs and Wozniak opened Apple in 1976 with their first office set up at Jobs' garage in Los Altos, California, US. The application sees Jobs mentioning English Literature as his major along with Calculator and Computer design technician as his skills.

Charterfields described the job application as: