Stay Aware About the Air You Breathe With Atmotube 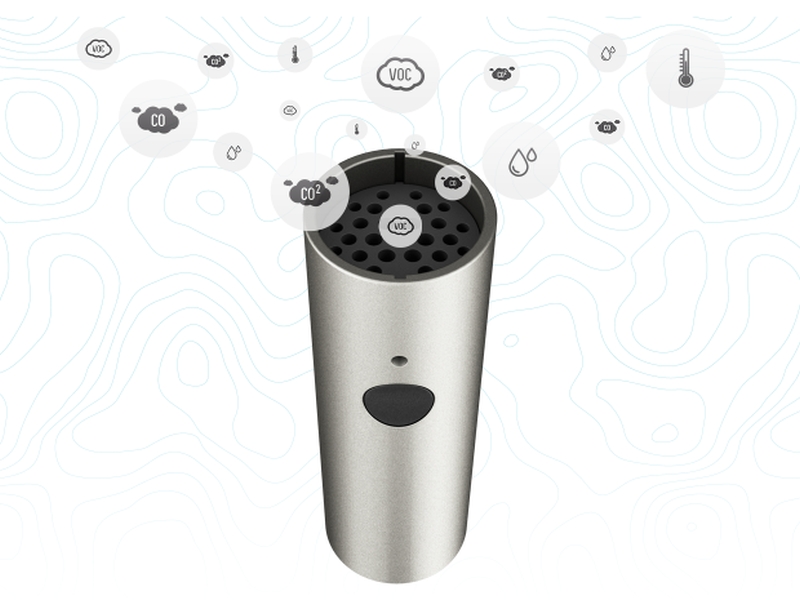 Just breathing in India is getting to be a bit of an uphill struggle, but just how bad are things really? A lack of information about the condition of the air we breathe means that many of us are completely unmindful of what is slowly becoming one of the biggest problems in many parts of the country.

There are a few things that we can do to help make the air we breathe a little safer but knowledge about whether these steps are working, or whether you need to take extra measures for your office, or any place you routinely go to, is essential.

That's where the Atmotube air pollution monitor comes in - this is a portable, wearable air quality monitor, that can detect volatile organic compounds (such as formaldehyde and benzene), carbon monoxide, temperature, and humidity - and with prices starting from $69 (approximately Rs. 4,500) it's not extremely expensive either.

The small cylinder connects to your phone, and an app shows you a detailed breakdown of the air you're breathing, and sends an alert when the air quality is getting hazardous. It gives you a historical breakdown, and the data you're gathering will be shared to the global air quality index as well.

You can watch the video below for more details:

For example, there's the Ion belt, which is a powerpack for your phone in your belt; the Auravisor a VR headset that's cheaper than an Oculus Rift, but much more advanced than Google Cardboard; and the Beddi, probably the smartest alarm clock we've seen.