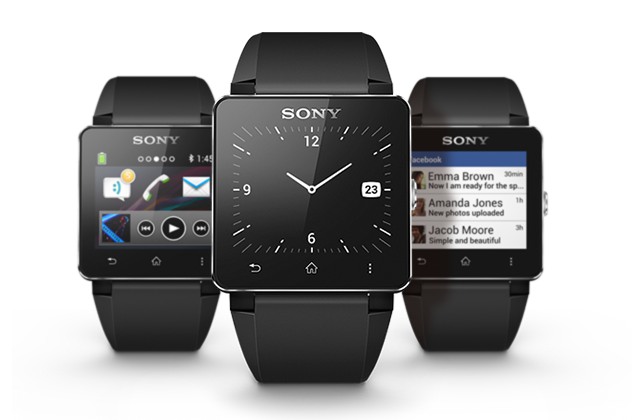 Sony has the launched SmartWatch 2, the successor to its SmartWatch, at a price of Rs. 14,990 in the Indian market. The wearable device would be available in October.

The SmartWatch 2 was initially announced in June and Sony had promised that it would be available 'worldwide' in September.

The Sony SmartWatch 2 comes with a bigger 1.6-inch screen with higher resolution 220x176 pixels resolution, compared to the 1.3-inch screen 128x128 display on its predecessor. Sony is positioning the watch as a second-screen for your Android smartphones, letting you receive notifications from the phone as well as control its functionality.

SmartWatch 2 makes it possible to access notifications from your wrist such as messages, calls, email, Facebook or Twitter, Calendar, or use it as a remote for your Walkman or other digital media player. The SmartWatch 2 comes with a bunch of pre-installed apps, with an option to load other apps as well.

Other things you can do with the SmartWatch 2 include:
Sony SmartWatch 2 comes with NFC connectivity and can be charged via a standard Micro-USB cable. It is water-resistant (IP57) and users can customise it by using any standard 24mm strap.

The launch comes just after a day of Samsung releasing its own smartwatch, the Galaxy Gear, in India for Rs. 22,990. The Galaxy Gear was announced at IFA 2013 in Berlin.