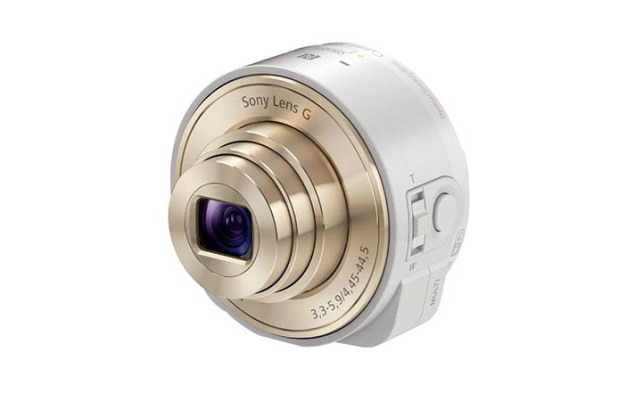 With less than a day left until Sony's much-anticipated attachable smartphone lens cameras goes official, details of the pricing, availability and full specifications of the 'Lens-Style Cameras' have been leaked.

Sonyalpharumors has revealed full details about Sony's attachable smartphone lens cameras courtesy an official site which unintentionally published the full press release including images. However, the site has now removed the press release on request from Sony.

The lens cameras will be officially called as the Cybershot QX100 and QX10. Out of the two, the Sony Cyber Shot QX10 will come with a price tag of around $250 and an 18.2-megapixel Exmor R CMOS sensor and 10x optical zoom. Additionally, the QX10 camera will come with built-in Optical SteadyShot, to keep the handheld pictures and videos steady and blur-free. It will also feature Program Auto, Intelligent Auto and Superior Auto modes and will be available in two different colours, Black and White.

Meanwhile, the Sony Cybershot QX100 will be the more expensive of the two lenses and will come at around $500. The QX100 features 20.2-megapixel Exmor R CMOS sensor which is identical to the sensor found in the Cyber-shot RX100 II camera. The sensor is paired with the Carl Zeiss Vario-Sonnar T lens with 3.6x optical zoom and a BIONZ image processor. As an extra refinement, the QX100 sports a dedicated control ring for camera-like adjustment of manual focus and zoom.

The company will also reportedly introduce the latest version of Sony's PlayMemories Mobile app which will be available for iOS and Android devices. The app will convert the display of the phone into a viewfinder for the lenses.

The yet to be officially unveiled Cybershot QX100 and QX10 lens-style cameras will hit the stores later this month. However, there is no word about the list of countries receiving the device this month.

You can watch the promotional video of the Sony's Lens-Style Cameras here.