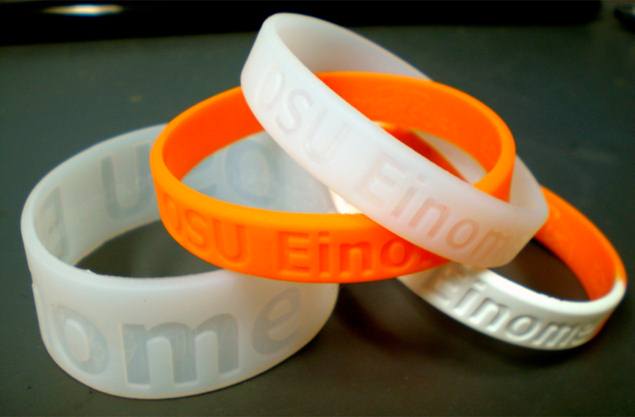 Scientists have developed a smart wristband that can help determine an individual's potential disease risks due to exposure to substances like pesticides.

Kim Anderson from Oregon State University and colleagues said that people breathe, touch and ingest a mixture of many substances at low levels every day, and figuring out if those natural and synthetic compounds can lead to disease is difficult.

Thousands of these compounds are in common consumer products and industrial processes, but not all of them have been tested for toxicity, researchers said.

Currently, people monitor exposure with heavy backpack samplers, questionnaires or with stationary devices, which all have disadvantages. Anderson's team looked for a better way to more accurately assess an individual person's exposure to possible toxins.

They turned to commercially available wristbands because they're made of silicone, which absorbs a wide range of compounds.

After volunteers wore (modified) cleaned wristbands for various periods of time, the scientists could measure what the silicone had absorbed: 49 different substances, including polycyclic aromatic hydrocarbons (PAHs), some of which have been linked to cancer, plus compounds from pesticides and consumer products.

"We can screen for over 1,000 chemicals that may accumulate in the wristbands," said Anderson.

They concluded that the bands could be a valuable tool for finally determining individual exposures and what compounds are safe and which ones come with risk.