Scientists develop a robot that can express its feelings 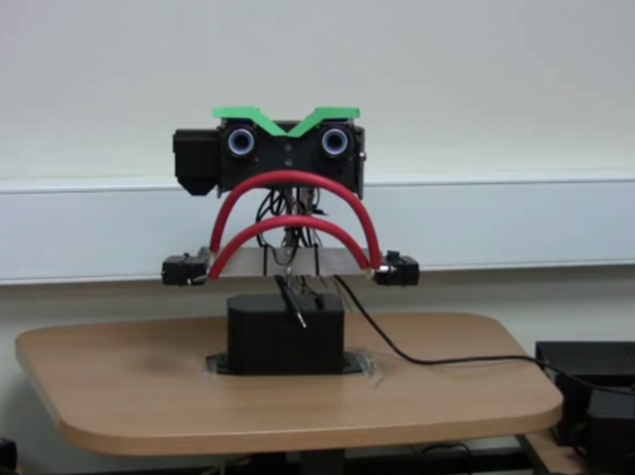 A 'friendly robot' has been developed to help scientists understand how long-term relationships may be forged between humans and androids.

The robot called ERWIN (Emotional Robot with Intelligent Network) is the brainchild of Dr. John Murray, from the School of Computer Science, University of Lincoln, UK.

It is now being used as part of a study to find out how some of the human-like thought biases in robot characteristics affect the human-robot relationship.

It is hoped the research will not only help scientists to understand and develop better, more realistic relationships between humans and 'companion' robots, but that it could also help to inform how relationships are formed by children with autism, Asperger syndrome or attachment disorder.

"Based on human interactions and relationships, we will introduce 'characteristics' and 'personalities' to the robot.

If we can explain how human-to-human long-term relationships begin and develop, then it would be easier to plan the human-robot relationship," said Biswas.

When two people interact for the first time, if the two different personalities attract each other, a relationship forms.

But, in the case of conventional human-robot interaction, after gathering information about the robot, the robot's lack of identifiable characteristics and personality prevents any relationship bond developing.

ERWIN has the ability to express five basic emotions while interacting with a human.

"Robots are increasingly being used in different fields, such as rescuing people from debris, in medical surgeries, elderly support and as an aid for people who have autism," Biswas said.

For the latter two especially, robots need to be friendly and relatively more sympathetic and emotive to its users. A companion robot needs to be friendly and have the ability to recognise users' emotions and needs, and to act accordingly.

Scientists will be collating data from the robot's interactions with humans, while also employing a 3D-printed humanoid robot and Keepon - a small yellow robot designed to study social development by interacting with children.

Its simple appearance and behaviour are intended to help children, particularly those with developmental disorders such as autism, to understand its attentive and emotive actions.

An idea that stinks? Body odour as your biometric id
In Korea, a movie that highlights work illness claim against Samsung