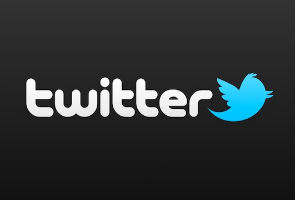 The measure that passed with an 8-3 vote by the Board of Supervisors exempts Twitter from a payroll tax on new hires if the micro-blogging service moves to the blighted Mid-Market area.

The exemption applies to any business in the neighborhood, but city officials called Twitter the big fish that could spur economic growth.

"We finally have a chance to put into place a policy that will bring economic development and jobs," said Supervisor Jane Kim, who represents the area. "This ordinance offers hope to revitalize a long neglected part of our city."

Twitter is already outgrowing its current San Francisco headquarters, and the company is poised to expand from a few hundred to a few thousand workers.

Mayor Ed Lee, a backer of the tax break, previously said Twitter had committed to signing a six-year lease in the neighborhood pending the tax break.

Critics, including the city's largest employees union, have called the plan an ill-conceived corporate giveaway that will lead other companies to issue ultimatums demanding similar treatment.
"I worry that we set the wrong precedent," said Supervisor John Avalos, who voted against the measure.

The debate comes at a time when the city's high tech startup scene teems with energy not seen since before the first Internet bubble burst in 2000.

Unlike other California cities, which tax businesses based on how much money they bring in, San Francisco taxes companies with payrolls higher than $250,000 a flat 1.5 percent rate on compensation employees receive.

In 2004, regulators added language to the city tax code clarifying that the payroll tax also applied to stock options. For hot tech startups such as Twitter that are likely eyeing an initial public offering of stock, a tax on options for employees could mean a huge one-time bill that businesses worry could wipe out much of the capitalthey raise.

The high profile of the Twitter tax deal has led other companies to question why they shouldn't receive similarincentives. Supervisor Ross Mirkarimi, a member of the board's progressive wing, opposes the Twitter deal and has proposed a two-year moratorium on payroll taxes on stock options for all city companies.

The legislation passed Tuesday will require Twitter and other larger companies in the area to enter into agreements with the city outlining actions the businesses will take to benefit the surrounding community.

The agreements are intended to assuage concerns of low-income residents worried that an influx of businesses couldraise rents and price them out of the neighborhood, as happened in other parts of the city during the first dot-com boom.

"We ... want some assurance that the people will not be displaced," said neighborhood resident Jesus Perez, 31, who attended the meeting to show his opposition. "All the property is going to start climbing up."

Under city rules, the full board will vote again on the measure as early as next week before it goes to the desk of the mayor, who is expected to sign it into law.
Comments