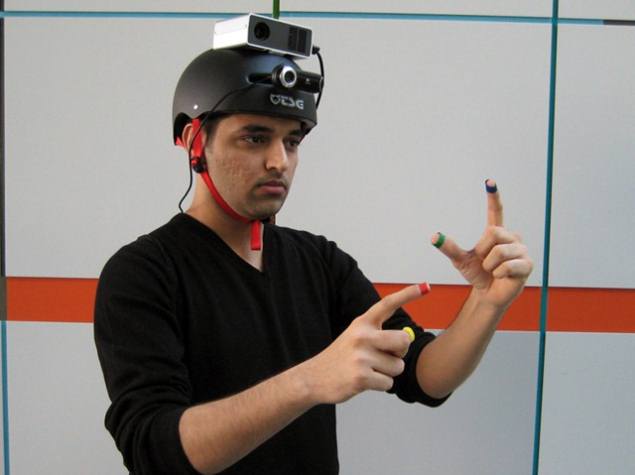 Pranav Mistry, the brain behind the SixthSense technology and Samsung Gear Smartwatch, has joined the Advisory Board of city based mobile-Internet business incubator Startup Village.

The 32-year-old Head of the Think Tank Team and Director of Research at Samsung Research America, will advise budding entrepreneurs at Startup Village working in the field of wearable computing and gestural interaction.

Mistry holds nearly a dozen patents and has worked on a number of projects across a wide range of fields, including interaction design, robotics, computer graphics,human-computer interactions, artificial intelligence, information graphics, embedded systems and social computing.

His inventions such as Mouseless - the invisible mouse, Sparsh, TeleTouch and BlinkBot are names familiar to technophiles. But Mistry is best known for SixthSense ? an intuitive, wearable gestural interface to bridge the physical and digital world ? which he developed as a student at the Massachusetts Institute of Technology (MIT).

He shot to tech stardom when he walked on stage to introduce the Samsung Gear Smartwatch at its global launch last year.

Mistry joins the ranks of stalwarts such as Kris Gopalakrishnan, Kiran Karnik and H K Mittal on the Startup Village Advisory Board.

"I am a partner in your dream to make India the next hub of innovation and love what you are doing at Startup Village.

I would love to be part of it in whichever way I can," Mistry told the Startup Village team.

"There is a revolution taking place in school and college campuses in India, and particularly in Kerala, much like the one that sowed the seeds of Silicon Valley in the US. I'm sure that the ideas being incubated at places like Startup Village today will form the core of the technologies of tomorrow."

Sanjay Vijayakumar, Chairman of Startup Village, said Mistry's life is in itself an inspiration for young people.

"From the small town of Palanpur in Gujarat to the hallowed labs of MIT,to the head of Samsung America's research team, Pranav Mistry's journey sends out one clear message to every youngster ? if you have the passion and the drive, you can make a difference in the world."

Deepak Ravindran, co-founder of Innoz Technologies and a member of the Startup Village Board of Governors, said Mistry has the right mix of expertise and energy to guide the young innovators at Startup Village.

"He is a brilliant guy, and the ideal person to advise student entrepreneurs all fired up about gesture interaction and wearable technology. I'm sure his association with us will encourage more students in campuses to come to Startup Village and take advantage of the ecosystem we have built here."

Mistry is expected to visit Startup Village and interact with entrepreneurs on his next visit to India.
Comments