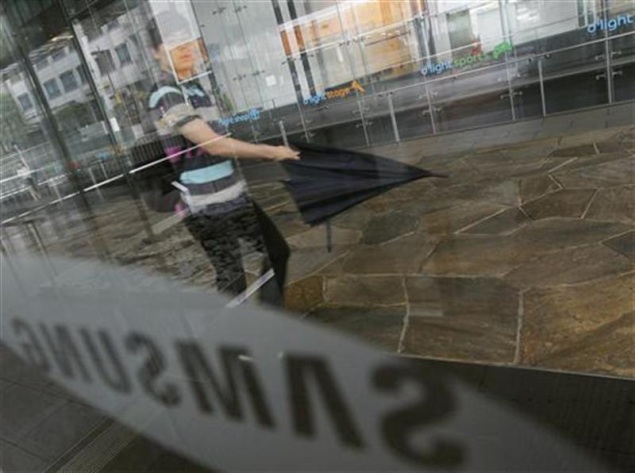 Samsung is reportedly all set to face Google Glass with its own Galaxy Glass, which is said to arrive in the month of September this year.

It has been noted that the Korean smartphone maker will display its Galaxy Glass in the IFA 2014 event that will be held in Berlin from 5 - 10 September. The rumours started back in October when the firm was seen filing a patent which showed a smartphone-connected glass design that can display information from the handset.

The eyewear is said to be able to play music and receive phone calls through earphones built into its frame. It is also said to give hands-free control over the smartphone. The patent sketch showed a thumbnail-sized display over the left eyeglass like Google's eyewear, which has a tiny display over the right eyeglass that shows information and websites.

Talking about wearables, Samsung's much hyped Galaxy Gear watch has got a price cut in India to Rs. 14,990. Samsung had launched the Galaxy Gear in the country on September 25, at Rs. 22,990, alongside the Galaxy Note 3. Earlier in January, the Korean giant had dropped the smartwatch's price to Rs. 19,075.