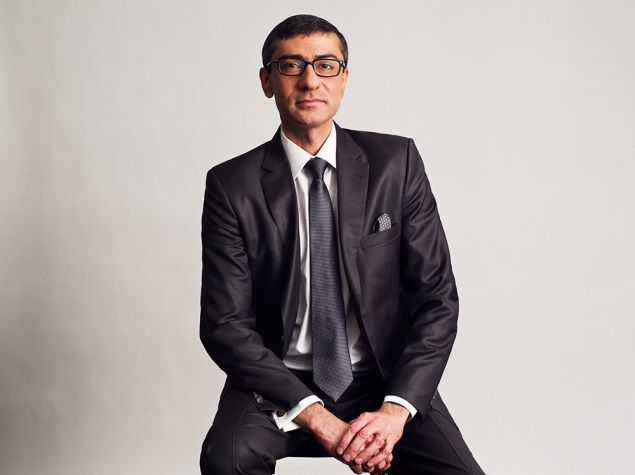 Rajeev Suri will become the new chief executive of Finnish telecommunications gear maker Nokia, the company said on Tuesday, adding that it would return an extra 1 billion euros to shareholders from the sale of its phone unit.

Suri, 46, until now led Nokia Solutions and Networks (NSN), the smaller network equipment unit of Nokia when the company still made mobile phones.

(Also see: Who is Rajeev Suri?)

Suri is credited with turning the unit around, and last year it contributed most of the 12.7 billion euro ($17.58 billion)turnover Nokia made from its continuing operations.

"Rajeev is the right person to lead the company forward," Nokia Chairman Risto Siilasmaa said in a statement. "He has a proven ability to create strategic clarity, drive innovation and growth, ensure disciplined execution, and deliver results."

Nokia finalised the around 5.4 billion euro ($7.5 billion) sale of its struggling mobile phone business to Microsoft on Friday. It said it would now focus on its three remaining businesses that cover networks, navigation and patents.

The network unit was long in the red, but turned profitable in 2012 after Suri slashed costs and shed unprofitable business.

Nokia has said it would make an aggressive push this year to gain market share against industry leader Ericsson as well as Chinese rival Huawei. Nokia has also said it aims for year-on-year sales growth in the second half.

The company also said it would pay stakeholders an extra 0.26 euros ($0.36) per share on top of the annual dividend of 0.11 euros for last year. The extra dividend amounts to around 1 billion euros total, and the ordinary dividend will cost another 400 million.

Nokia also said it planned to give at least 0.11 euros as dividend for 2014 and start a 1.25-billion-euro share repurchase programme, and reduce debt by 2 billion.