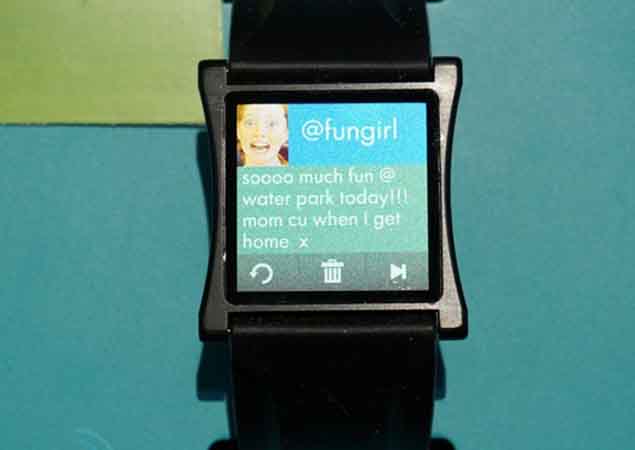 The year 2013 seems to turning out to be the year of the smart watch. Almost all major technology companies, including Google, Apple, Microsoft, Samsung, and LG, are said to be in process of developing their own smart watch.

Chipmaker Qualcomm seems to be the latest to join the bandwagon. As per Twitter user @evleaks, Qualcomm is planning to launch a self-branded smart watch, which will be called 'Zola'. This smart watch will see the light of day by September 2013, he added. It is noteworthy, that in the past, @evleaks has come out with fairly accurate information regarding unannounced devices and we will not be surprised if he is right this time as well.

As of now, there are no details available about the specifications of this smart watch. However, it is likely to come with a Qualcomm's entry-level chips and Mirasol display.

Qualcomm had displayed a mock up smart watch with Mirasol display at the 'SID display week' in Vancouver earlier this year.

The news of Qualcomm jumping into the smart watch space comes just days after Sony launched its SmartWatch 2. Sony SmartWatch 2 comes with a 1.6-inch screen with resolution of 220x176 pixels. The Japanese manufacturer is positioning the watch as a second-screen for your Android smartphones, letting you receive notifications from the phone as well as control its functionality.

Apart from Sony, even Samsung has confirmed that is developing a smart watch. However, not much information regarding this smart device is available as of now. Some leaked screenshots of this watch indicated that this smart watch is running on a beta version of the Altios OS.