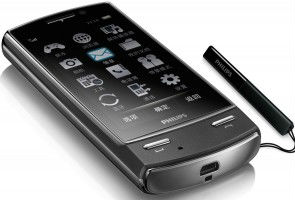 Highlights
Philips has launched a new range of environment friendly mobile phones in the India, called the Xenium series.

The phones will use green technologies and will include intelligent power management systems,  including two months of stand-by time.

The series consists of 6 feature phones, all of which use a proprietary operating system.

The most expensive of the phones is the X806 with a 3-inch touch display, 5-megapixel autofocus camera and upto 8 GB of memory via a microSD card. It costs Rs 8,280.