Optimism on Apple as Stock Splits 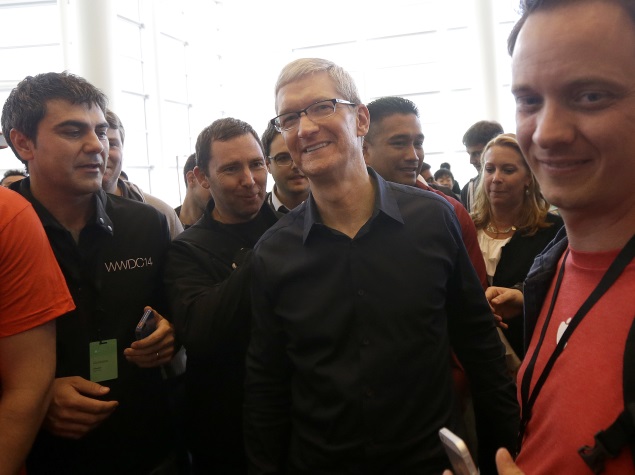 Apple shares dipped Friday ahead of a 7-to-1 stock split, with shares near their highest level since October 2012 amid optimism over the tech giant's prospects.

Shares in Apple shed 0.27 percent to $645.57, after hitting fresh highs this week on expectations for a new, larger iPhone and other products and services coming this year.

The stock split, announced earlier this year, has no impact on the underlying value of Apple, but such a move can give a company a psychological boost by lowering the cost of each share.

The revalued shares begin trading Monday, with each shareholder getting seven new shares for each existing one.

Cantor Fitzgerald analyst Brian White said the move comes at the end of "a great week" for Apple and sees the shares rallying.

Apple this week unveiled a new mobile operating system and new software to manage personal healthcare and home appliances this week, putting the company deeper in the so-called "Internet of Things."

"We believe Apple successfully furthered its objective of more tightly integrating its digital matrix across devices, software and services," White said in a research note.

White added that his firm's research indicates Apple this year will launch a larger-screen iPhone that will boost its smartphone market share and that "Apple will likely launch the 'iWatch' in September at a very affordable price point."

"We believe that a larger screen iPhone, combined with Apple's strength in software and ecosystem, will be well received in the market," he said in a note to clients.

"While we believe that Apple is once again late with a relevant product, we think the larger screen iPhones will help generate demand."

Apple has already seen three stock splits since launching in 1980 at $22 - which would be $2.75 after accounting for the splits.