Nokia to return $3.1 billion to shareholders in buybacks and dividends 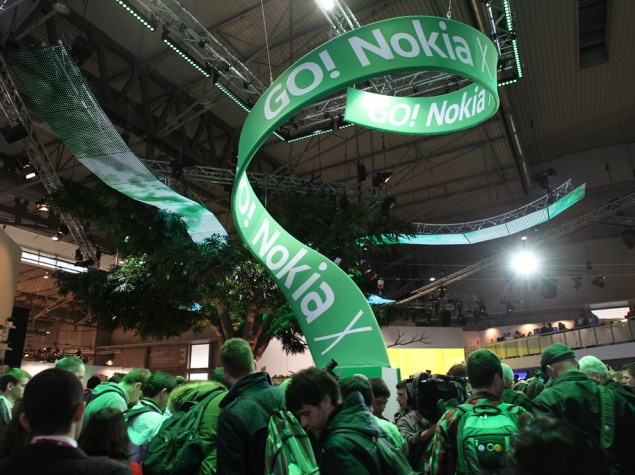 Finnish telecommunication gear maker Nokia promoted Rajeev Suri, the head of its biggest division, to chief executive on Tuesday, tasking him with charting its future growth without the mobile phone unit for which it was best known.

The company also announced plans to return $3.1 billion to shareholders via buybacks and extra dividends, a move seen by some analysts as an attempt to retain investors as it refocuses is business.

Suri, a 46-year-old Indian national, has until now led Nokia Solutions and Networks (NSN), the network equipment unit which competes with larger rivals such as industry leader Ericsson as well as Chinese rival Huawei.

The division was loss-making for several years but turned profitable in 2012 after Suri slashed costs and shed unprofitable businesses. Last year, NSN contributed most of the 12.7 billion euro ($17.6 billion) turnover Nokia made from its continuing operations and the company has vowed to make a more aggressive push to increase its share of the networks market.

"Rajeev is the right person to lead the company forward," Nokia Chairman Risto Siilasmaa said in a statement. "He has a proven ability to create strategic clarity, drive innovation and growth, ensure disciplined execution, and deliver results."

Suri has been with Nokia since 1995 and was widely expected to become chief executive.

Nokia has said it would concentrate growing its networks, navigation and patents units which remained after it sold its struggling mobile phone business to Microsoft for about 5.4 billion euros ($7.5 billion) in a deal that was finalised on Friday.

Analysts say the company may face challenges in growing its business, as higher research and development costs mean bigger, deep-pocketed rivals have an advantage.

Suri, in a video posted on the company's website, said there was plenty of scope for expansion. "I have been with Nokia for almost 20 years, and the opportunities ahead of us are as great as I have ever seen," he said.

Cash return
Nokia's mobile phones were its most renowned product. In a bid to retain shareholders, the company said it would pay an extra 1 billion euros in dividends for last year and start a 1.25 billion euros share buyback programme.

The company has also said it would cut debt by 2 billion, which would save it around 100 million euros in interest annually.

"The dividend proposal is slightly smaller than expected, but the buy-back program is quite extensive. It reflects the management's view that the stock is valued below its sum-of-parts," said Inderes analyst Mikael Rautanen.

Timo Ihamuotila will continue as Nokia's chief financial officer and Risto Siilasmaa as the chairman of the board, Nokia also said.