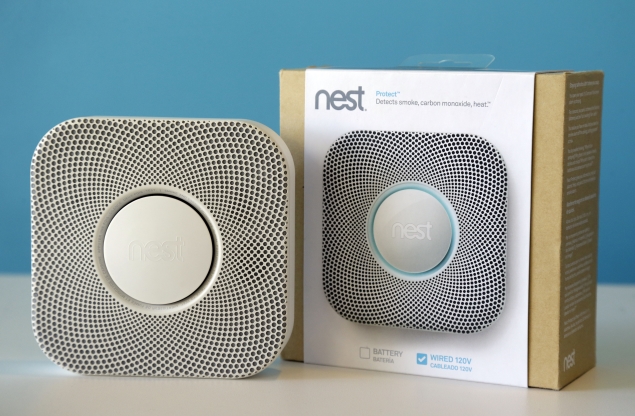 Smoke detectors frequently produce more headaches than useful warnings. The devices have an irritating habit of shrieking when there's no cause for alarm, and always seem to wait until the middle of the night to chirp when their batteries run low.

Tony Fadell, a gadget guru who helped design the iPod and original iPhone while working at Apple, is counting on his latest innovation to prove that a smoke detector can be sleek, smart and appreciated.

The device, called "Nest Protect," is the second product hatched from Nest Labs Inc., a startup founded by Fadell in 2010 in an attempt to infuse homes with more of the high-tech wizardry that people take for granted in smartphones. The Palo Alto, Calif., company has 270 employees and has raised tens of millions of dollars from investors that include Google Inc.'s venture-capital arm and Kleiner Perkins Caufield & Byers, a venture capital firm with a long record of backing innovative ideas.

Besides sensing smoke, Nest Protect is designed to detect unsafe levels of carbon monoxide. That could broaden the square-shaped device's appeal, especially in the growing number of states that require homeowners to install carbon monoxide detectors.

Nest Protect's price will probably turn off many consumers. It will go on sale next month for $129 in more than 5,000 stores in the U.S., Canada and United Kingdom. Other less-sophisticated devices that detect both smoke and carbon monoxide typically sell for $50 to $80 apiece.

Fadell, who ended an eight-year stint at Apple Inc. in 2009, is aiming for an audience that appreciates sleekly designed products that provide peace of mind and simplicity.

"We want to take the unloved products in your own home and bring them to life in a way that makes them beautiful," Fadell said while proudly showing off the Nest Protect. "There has been very little innovation with smoke detectors in the past 35 years and now we think we have found a way to make them less annoying." 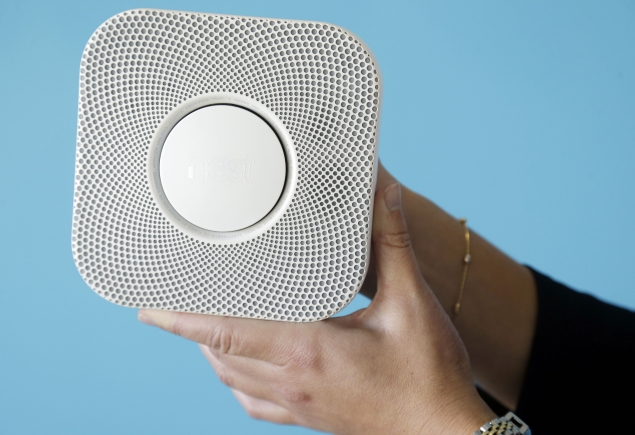 Nest Labs' first device was a digital thermostat designed to learn how to cool and heat homes to suit the needs and habits of the inhabitants. It went on sale two years ago for $249. Fadell won't say how many thermostats have been sold so far, but it's done well enough to reinforce his belief that there is increasing interest in furnishing homes with the latest trappings of technology, even if it costs slightly more to do it.

The Nest Protect is equipped with a variety of sensors for detecting heat, smoke, carbon monoxide, light and motion. It also is programmed to deliver early warnings in spoken words instead of a shrill alarm to give a home's occupants a chance to check on whether there's just too much smoke coming from the oven, steam from the shower or a real fire hazard.

If it's determined that there is nothing to worry about, all it takes is a wave of the arm to tell Nest Protect to be quiet. Multiple devices in the same home can also communicate with each other through wireless connections. They can be programmed to send warnings about possible hazards and low batteries to smartphones and tablet computers. The Nest Protect can even communicate with the company's thermostat product to inform it about unsafe levels of carbon monoxide so the furnace can be automatically turned off.

The Nest Protect also lights up in white when it senses someone in the house walking by it in the dark. The device emits a green glow when the lights are first turned out in the room as a signal that it's working fine and there is no fire danger.

For those who don't want the hassle of batteries, one of the Nest Protect models can be plugged into a power outlet. Only a white model will be sold in stores, although a black version will be sold through Nest Labs' website.