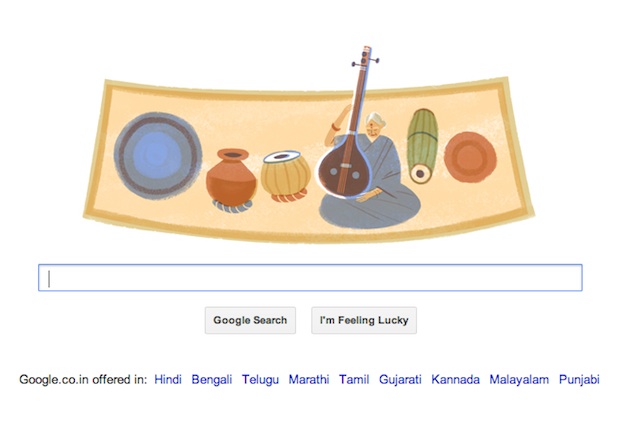 M. S. Subbulakshmi is the inspiration behind Monday's Google doodle in India. Subbulakshmi was a renowned Carnatic vocalist and the first Indian musician to be honoured with country's highest civilian honour, the Bharat Ratna, in 1998, and the prestigious Ramon Magsaysay award in 1974.

Monday's Google doodle features a portrait of Subbulakshmi playing the instrument tanpura along with other instruments used in Carnatic music including ghatam, tabla and mridangam.

Subbulakshmi was born on September 16, 1916, in Madurai to Shanmukavadiver Ammal, a Veena player, and Subramania Iyer. She started training in Carnatic music at an early age, under Semmangudi Srinivasa Iyer and in Hindustani classical music under Pandit Narayanrao Vyas. She gave her first public performance in 1929 at the age of 13 years.

She later married Kalki Sadasivam, a leading freedom fighter and journalist, in 1940.
Subbulakshmi moved to Madras and made her film debut in 1938 with playback for Sevasadan. She also acted in the film. Her other films include Savitri and Meera. However, she quit films after a few years to focus exclusively on music.