Mogics Is a Powerstrip That Can Fit in Your Pocket 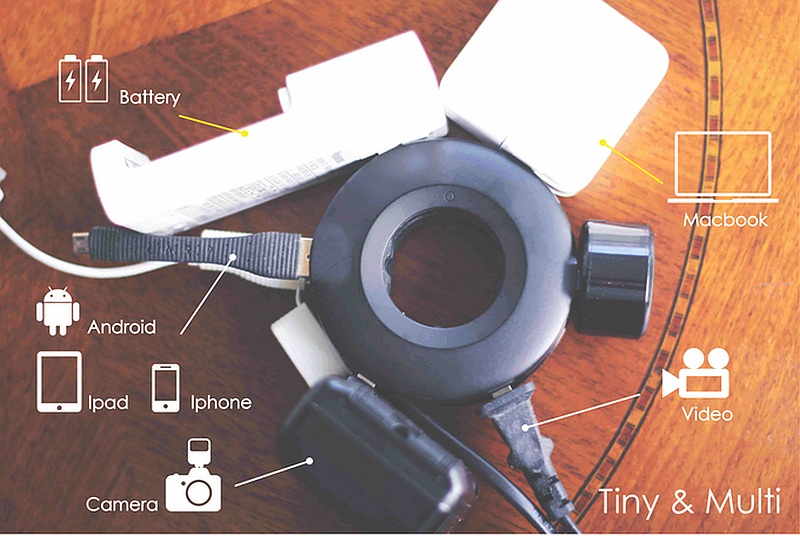 If you're travelling a lot for work, then you know how important it is to carry a power strip and a universal adaptor with you - a hotel might offer a few power points in the room, and you might have a couple in a conference room too, but when you need to power up your laptop, and your phone, and maybe your smartwatch and Bluetooth headset all at the same time, then you can't ever get enough points to charge your devices. Plus, if you're the only person in the room with a powerstrip, you're going to be the hero of the day, without a doubt.

(Also see: Seven Must Have Gadgets for the Frequent Traveler)

The catch is that a power strip is fairly big and bulky, and fitting one into your bag can be a chore. There are some compact options, such as this cube shaped power extender, available on Amazon at $21 (approximately Rs. 1,400), but these are also somewhat chunky, and it's a US standard socket, which means that if you're not in the US, you'll need convertors to use the points as well.

A new crowdfunding project called Mogics wants to sole this problem, with two ring-shaped powerstrips, the Donut and the Bagel respectively, which include five plug points, and two USB charging points as well. The two are the same, but the Donut has US sockets, and the Bagel has four universal sockets that any country's plugs can connect to, and one US socket.

Also, unlike other ring shaped powerstrips that have the sockets along one flat side, the Mogics sockets are all lined up along the outer rim, so you can connect multiple adapters and plugs without worrying about them crowding each other out.

Here's a video explaining the idea:

Of course, with any crowdfunded project there's the risk that it won't actually ship, even after being funded. But if you can lose a little money then the Mogics certainly looks very appealing, so check it out.