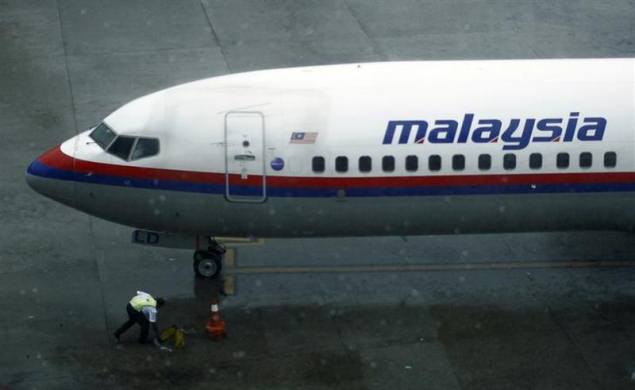 The unexplained fate of Malaysia Airlines flight MH370 has thrown the spotlight on some satellite technologies that will make it easier in future for authorities to track and communicate with aircraft over water and uninhabited areas.

The plane vanished from radar screens on March 8 with 239 people aboard. Investigators believe it most likely flew into the southern Indian Ocean.

Already, new systems are being developed by European and North American teams to allow more accurate plotting of location and flight paths. These would use satellite-based sensors rather than radars to pick up signals containing automated location and velocity data sent every second from aircraft.

Currently, information on a plane's location can be picked up by ground-based radar, which loses coverage over oceans or remote areas, or it can be combined with optional on-board satellite communications tools that require pilot actions and that airlines, many under budget constraints, must pay for.

While automated signals giving an aircraft's location could still be switched off, as may have happened in the Malaysian case, the new satellite sensors could still aid search and rescue efforts and help airlines save fuel.

The German Aerospace Centre (DLR) is also working on a project with Luxembourg-based satellite firm SES and space electronics group Thales Alenia Germany, a joint venture between Thales and Finmeccanica .

"It's extraordinary that with all the technology that we've got that an aircraft can disappear like this," he told reporters in London last week. "Certainly I think it will trigger a desire to see how can we avoid this from happening again."

At present, only 10 percent of the Earth's surface has radar infrastructure, leaving huge gaps in coverage in places like certain regions of Australia, deserts or oceans.

While data transmissions from the separate Aircraft Communications Addressing and Reporting System (ACARS), a system similar to text messaging, can be sent via VHF radio link or satellite already, these transmissions can leave gaps of 15-30 minutes, and the amount of data sent varies from airline to airline.

Sensors on satellites
New receivers to pick up the Automatic Dependant Surveillance Broadcast (ADS-B) signals sent out by aircraft every second are therefore being developed by the Aireon and the DLR teams to be placed on board satellites orbiting the earth.

ADS-B equipment is already found on around 60 percent of aircraft worldwide and the signals broadcast aircraft position, and velocity information that are picked up by radar, air traffic controllers or other aircraft. These are among the signals used by flight tracking websites such as flightradar24.

Most planes are expected to eventually carry the ADS-B equipment. Current regulations in Europe require all airplanes to have it by 2017, with similar requirements in effect for the United States from 2020. In Australia, where radar infrastructure is in short supply, it's mandatory for all aircraft, while India, Brazil and others are also looking at making it a requirement.

Albeit unlikely, the transmission of ADS-B signals could be stopped, such as in the event of an electrical fire, meaning that even if such systems were in place they may not have helped in the Malaysian case.

But Aireon LLC president Don Thoma said it was clear that the new system would help aircraft if they ran into problems over oceans or remote areas.

"We're getting a lot of interest and action from air traffic control organisations that have a vested interest in tracking commercial aircraft in remote areas," Thoma said.

The case has generated more interest in the new technologies for picking up ADS-B signals via satellite and that may help to attract the attention of possible funders, DLR's Behrens said.

Aireon says it will launch the first two tracking sensors on its second-generation Iridium NEXT satellites in the second quarter of 2015 for testing in orbit, ahead of the launch of a global system comprising 66 tracking sensors beginning in 2018.

The DLR is working with SES and Thales Alenia Germany and is currently gathering data from a receiver aboard the ESA Proba-V satellite, which has been in orbit since May last year.

The Aireon project has already signed purchase agreements with Britain, Italy, Denmark, Canada and most recently, Portugal. The company is also in discussions with air traffic control authorities across Asia.

Fuel savings
There is already a service provided by British satellite firm Inmarsat that enables airlines to combine ACARS messages with accurate positioning data, typically GPS, and share the data by telecommunications satellites.

GPS satellites provide the location markers that enable a GPS receiver on board a plane to work out its own position. In remote areas without radar coverage, it is up to the aircraft to pass this information on to air traffic control.

To do so when over water or remote areas, aircraft need extra communications equipment to send the information via telecommunications satellites and such systems and the service contracts to enable the transmissions can be expensive.

This makes the ADS-B system attractive because most aircraft are expected to carry it eventually anyway, meaning no need for additional costly equipment. While it's the airlines that pay to install the ADS-B equipment on their planes, the cost of receiving transmissions from the satellite-based sensors in the future could be shared with air traffic control.

Some planes on busy North Atlantic routes have the extra satellite equipment because pilots and air traffic controllers can then share more accurate information on where the plane is.

That means the aircraft can receive a preferred routing at the right altitude that makes the trip more fuel efficient, David Coiley, VP for aeronautics at Inmarsat, said.

"If you don't have it you have to fly lower and get less priority in air-traffic control," he said.

The ADS-B satellite-based sensors could help even more with fuel savings, making it an attractive prospect for airlines which are already under huge cost pressures.

At present, planes have to keep a distance of about 50 nautical miles apart when flying across the North Atlantic. But if space-based satellites were able to track planes second by second, those gaps could be closed, meaning more planes flying and shorter flight paths.

Aireon's Thoma cited estimates of $125 million in annual fuel savings in the North Atlantic region for each airline, which would amount to annual aggregate fuel savings across the industry of around $6 billion to $8 billion.