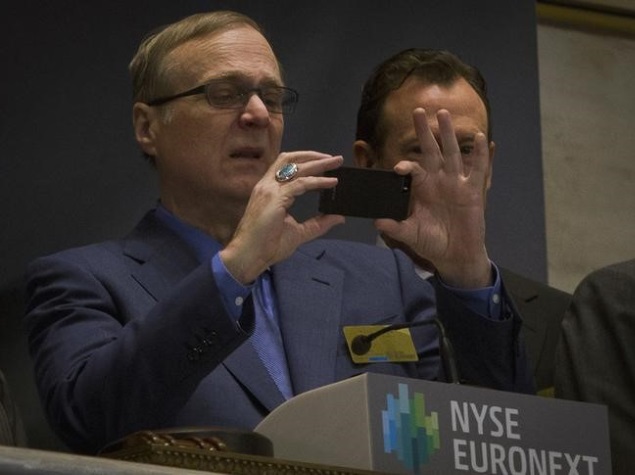 The Allen Institute for Cell Science aims to speed up global research by focusing on cells and creating predictive models of how they react when faced with disease.

"Cells are the fundamental units of life, with every disease we know of affecting particular types of cells," said Allen.

"Scientists have learned a great deal about many of the 50 trillion cells in our bodies over the last decades, but creating a comprehensive, predictive model of the cell will require a different approach."

He said the Allen Institute for Cell Science would focus on "large-scale" integration of technology "to provide an exceptional resource for the entire scientific community."

He added that the goal is to "bring forward the treatment of different diseases."

The key questions driving the institute are how information that is encoded in the genes makes its way into cells, and what goes wrong in disease.

To answer these question, the institute will produce a "visual database and animated models of cell parts in action" to aid a "multidisciplinary, team science-driven approach."

"Generating an integrated view of the cell with predictive power is an enormous task, and the Allen Institute for Cell Science will have the advantage of housing its large-scale efforts all under one roof," said Horwitz.

"We plan to engage the global cell science community in developing and executing our projects," added Horwitz.

"And by openly sharing our data, reagents, databases and models, we will leverage and empower research by our colleagues around the world."

Apple iPod Trial Continues, Without a Plaintiff for Now
Facebook Improves Search to Help Find the Posts You're Looking For