Microsoft Plans to Rebuild Its Redmond Headquarters to Make Room for 8,000 Workers 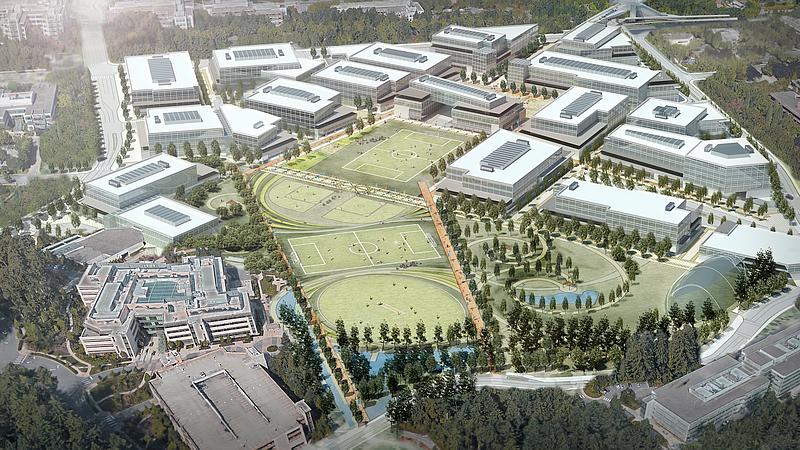 Microsoft is overhauling its longtime headquarters with an 18-building construction project that will make room for another 8,000 workers.

The announcement came ahead of the company's annual shareholders meeting Wednesday.

Microsoft's decision to expand on the footprint of its campus in Redmond, Washington, its home since 1986, is in contrast to the highly-publicised office expansion plans of Seattle-based Amazon. Amazon has been looking at cities across North America for a spot to build a second headquarters that will be as big as its Seattle hub.

Microsoft Corp. currently employs about 47,000 people in 125 buildings in Washington's Puget Sound region. It says its project will include renovations and new construction and will take 5 to 7 years.

Microsoft declined to put a price tag on its expansion and renovation plan, saying only that it would be a multibillion-dollar project.

The Seattle Times reports the company embarked on its last major campus expansion in 2006, shortly after it signed a 20-year development agreement with the city of Redmond that allowed it to add an additional 2.2 million square feet of space. The coming expansion will just about tap out that extra room. It's also promising $150 million (roughly Rs. 967 crores) in transportation improvements and other public amenities.

The company already was renovating some buildings on campus to add open work spaces, gathering places and small conference rooms - in line with the communal working spaces now seen at many tech companies. Microsoft faces stiff competition to recruit workers and retain workers as it competes not just with Amazon, Facebook, and Google but the myriad startups that dot the Seattle area.

Several of the new Microsoft buildings will be four stories tall and centered on a new 2-acre plaza where events can be held - giving the campus a bit of an urban vibe, Smith said. New sports fields and recreation trails will dot the area.

"We can construct a somewhat more urban feel to parts of our campus, while still taking advantage of the nature," he said. That coexistence is underscored by the three new treehouses on Microsoft's campus - actual wooden huts the company uses for natural, but unheated, conference rooms.

Redmond is about 15 miles east of Seattle.