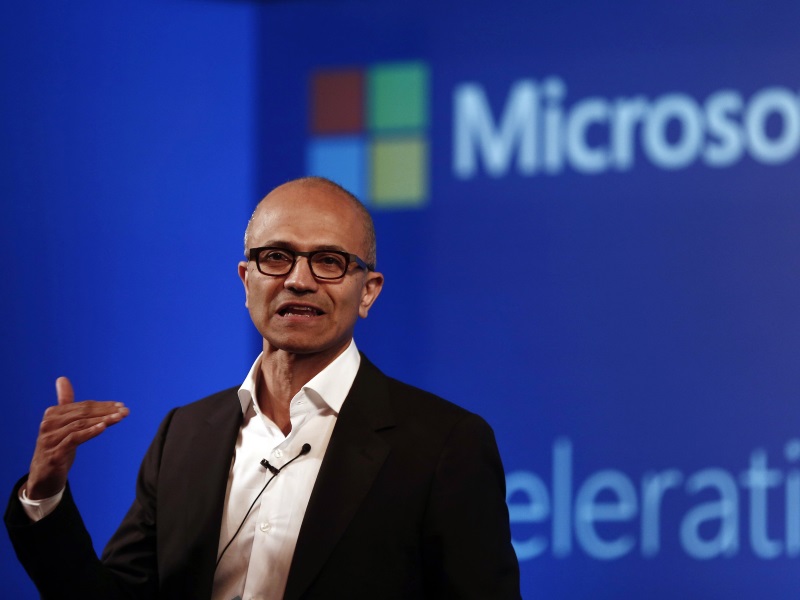 Addressing a gathering at T-Hub, a technological incubator promoted by the Telangana government, Nadella advised the start-up community to learn from the failures.

"Whatever technology you use, like white space technology, it is important to get the last mile connectivity to rural areas. We are interested to work with entrepreneurs in that space. The idea should have marketability," he said.

It is the first deployment of solar power-based stations together with TV white spaces, a technology partially developed by Microsoft Research, to deliver high-speed Internet access to areas currently lacking even basic electricity, Microsoft had said.

Nadella said people celebrate failures only when they learn lessons from them and correct mistakes.

"Failure plays an important role as it gives an opportunity to learn from it. Celebration of failure comes only when we learn lessons from it," he was quoted as saying by a government official in an interactive session where media was not allowed.

T-Hub is a technology incubator with collaborative efforts from Indian School of Business (ISB), International Institute of Information Technology (IIIT-Hyderabad) and NALSAR University of Law besides various other organisations.

An entrepreneur, who was present during the interactive session, said it was a great inspirational and thought provoking speech by Nadella who said concept, capability and culture are the mantra of success.

"When we asked about the focus of Microsoft, Nadella said they would focus more on product development rather than services," he said, adding that entrepreneurs should come up with ideas which will have marketability.

A senior official had earlier said that Nadella was expected to unveil some government policies, like IT Policy, during his visit on Monday. However, it could not take place as the election code of conduct is in force in the state.

Nadella's visit was kept a low profile affair as his tour was strictly personal.