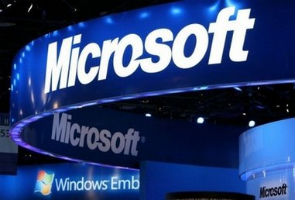 Highlights
A giant airplane that can in mid-flight launch a rocket carrying cargo and humans into orbit is the future of space travel, billionaire philanthropist and Microsoft co-founder Paul Allen said on Tuesday.

The first test flight of the ambitious venture by Allen's new company Stratolaunch Systems is not scheduled until 2015, but partners in the project vowed it would revolutionize orbital travel in the post-space shuttle era.

Using engines from six Boeing 747 jets, the biggest airliner ever built would tote a rocket made by SpaceX and be able to launch payloads, satellites, and some day, humans, into low-Earth orbit, said Allen, 58.

While he declined to say how much he was investing, Allen said it would be more than he spent on SpaceShipOne, which in 2004 was the first commercial craft to complete a suborbital flight and reportedly cost about $25 million to develop.

"For the first time since John Glenn, America cannot fly its own astronauts into space," Allen told reporters, referring to the US space shuttle's retirement this year and the first American to orbit the Earth aboard Mercury 7 in 1962.

"Today we stand at the dawn of a radical change in the space launch industry," Allen said, vowing greater flexibility than ground-based rocket launches and better cost effectiveness for cargo and manned missions to space.

"It will keep America at the forefront of space exploration and give tomorrow's children something to search for in the night sky and dream about."

Designs for the massive jet with a wingspan greater than a football field, a collaboration with aerospace pioneer Burt Rutan who designed SpaceShipOne, are at an advanced stage and a hangar is under construction in the Mojave desert.

"It is relatively close to building, as soon as we can get a building big enough," said Rutan.
Talks are under way about potential take-off points, since the plane would need a 12,000 foot (3,650 meter) runway, available at larger airports and air force bases.

The plane would take off and while in flight, deploy the rocket and send cargo into low-Earth orbit. The first test flight could take place in 2015, and the first launch could happen by 2016.
Allen and Rutan's project, SpaceShipOne, was followed by Virgin Galactic's commercial suborbital SpaceShipTwo Program.

Former NASA administrator Mike Griffin, who is on the board of the Alabama-based Stratolaunch, said the project furthers the goal of making space travel a common endeavor.
"We believe this technology has the potential to someday make spaceflight routine by removing many of the constraints associated with ground launched rockets," Griffin said.

Advantages include the flexibility to launch from a larger number of locations, and potential cargo markets include the communications satellite industry, and NASA and Department of Defense unmanned scientific satellites, Griffin said.

Allen's announcement adds a new company to the race to replace the US space shuttle by offering an alternative made by private industry for carrying humans to low-Earth orbit.

The end of the space shuttle after 30 years has left Russia as the sole nation capable of carrying astronauts to the International Space Station aboard its Soyuz spacecraft, at a cost per seat that will rise to $63 million in the coming years.

"So if you can come up with -- which we believe we can -- a manned version of this, we can be very, very competitive with those kinds of fees," said Allen, who resigned from Microsoft after being diagnosed with cancer in 1983.

Three subcontractors on the project include Scaled Composites which is building the aircraft, SpaceX which is contributing a multi-stage booster rocket based on its Falcon 9, and Dynetics which is mating the aircraft to the booster.

SpaceX, run by PayPal founder Elon Musk, has already successfully test-launched its Dragon capsule into orbit and back and is planning a cargo and berthing mission to the International Space Station in February.

"You have a certain number of dreams in your life that you want to fulfill and this is a dream I am very excited about seeing come to fruition," Allen said
Comments

Utah company wraps up $1B case against Microsoft
The Facebook Resisters