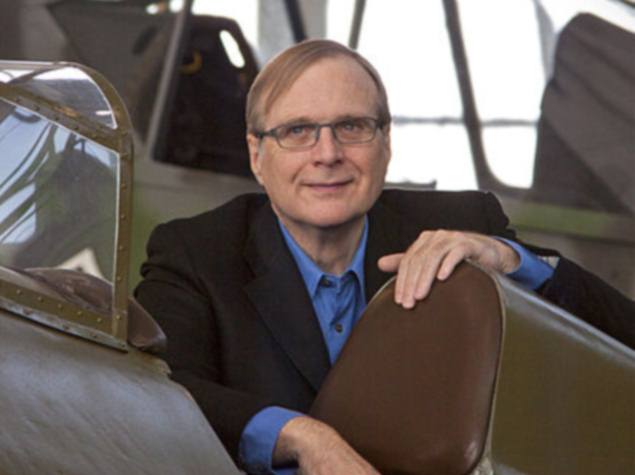 With an estimated personal fortune of $15.3 billion, 60-year old Microsoft co-founder Paul Allen is the world's wealthiest bachelor, followed by 79-year old Italian fashion designer Giorgio Armani, who has a net worth of $10.9 billion, says a report.

According to the Wealth-X, a global wealth intelligence and prospecting company, 48-year old Mikhail Prokhorov, owner of an American basketball team, Brooklyn Nets is the world's third wealthiest bachelor.

Allen, who is also founder of Vulcan Capital and owner of an American football team, the Seattle Seahawks, and an American basketball team, the Portland Trail Blazers, has never been married. He lives in Seattle's Mercer Island, the report said.

He has reportedly bought a $27 million, eight -bedroom mansion in the Silicon Valley town of Atherton in mid-November.

Giorgio Armani, the fashion world's perennial bachelor, has an estimated personal net worth of nearly $11 billion, which puts him in the number two spot on the Wealth-X list.

46-year old French entrepreneur and businessman Xavier Niel, with a personal wealth of $8 billion, and 70-year old American business magnate David Lawrence Geffen, the co-founder of DreamWorks Animation SKG, round off the top five wealthiest bachelors in the world.

Commenting on the findings, Wealth-X President David S Friedman said: "Against the backdrop of a proliferation of matchmaking TV shows and online services, meeting the right person is harder than ever. Add to that the compounding difficulty of super wealth and navigating the right soul mate and discerning right intentions becomes even more challenging.