Microsoft CEO to retire: 9 candidates who could replace Steve Ballmer 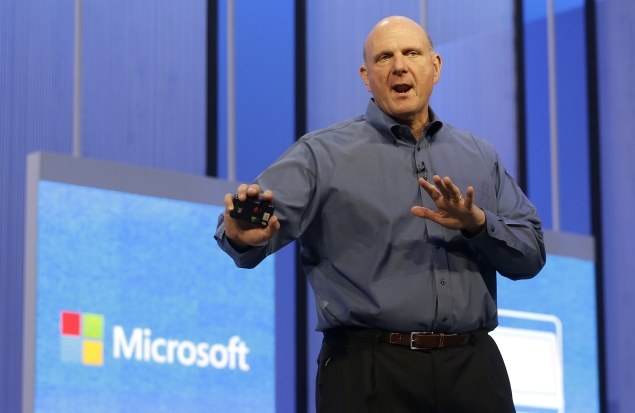 Microsoft Corp has set up a special committee to find a new chief executive after Steve Ballmer announced his retirement on Friday.

The world's largest software company has no anointed successor, and has had only two CEOs in its 38-year history - Ballmer and co-founder Bill Gates.

1. Tony Bates - Came to Microsoft two years ago as CEO of the acquired Skype and was recently elevated to lead Microsoft's business development and overall strategy.

2. Terry Myerson - The executive in charge of operating systems, which is still the heart of Microsoft, ranging across PCs, tablets, phones and the Xbox game console.

3. Satya Nadella - Heads Microsoft's cloud and enterprise group, which is coming to the fore as the company struggles to catch up in online and mobile computing.

5. Steven Sinofsky - The former head of the Windows unit was widely tipped as a potential Microsoft CEO until his abrupt departure in November. His reputation has taken a hit since then with the dismal sales of the Surface tablet he launched and the lukewarm reception of Windows 8.

6. Vic Gundotra - The high-flying Google Inc engineer, key to that company's mobile phone and social initiatives, is a former Microsoft executive who could be tempted to return.

7. Reed Hastings - The CEO of Netflix Inc is a rising Silicon Valley star and has intimate knowledge of Microsoft's business after several years on its board, until his departure last year.

8. Paul Maritz - One of the key powers in the early days of Windows, Maritz left in 2000 and eventually ran virtualization firm VMware Inc until last year. Talk occasionally surfaces that he could return to Microsoft, but he has never indicated any interest publicly.

9. Bill Gates - The co-founder of Microsoft is still Chairman, but has focused his day-to-day efforts on philanthropy since 2008 when he vacated his office on campus. People close to him say he is not considering a return to the CEO position.