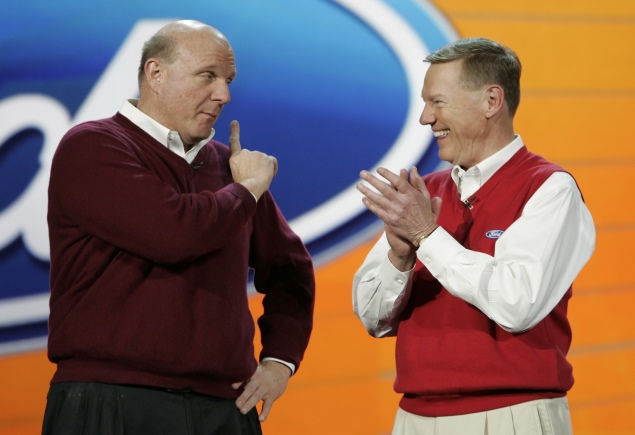 In the search for the company's CEO, it looks like Microsoft's board is also looking at Alan Mulally, Chief Executive Officer of Ford Motor and internal executive Satya Nadella (executive vice president of Microsoft's Cloud and Enterprise group), as top prospective candidates in its list for hopefuls, according to a new report.

Tony Bates, another internal candidate who was also the former Skype CEO, and Stephen Elop, former Nokia CEO, are still on the list, but are not at the front when it comes to be in the running for the Microsoft top slot, according to a report by Bloomberg, that cites people (who chose to be anonymous) familiar with the developments. It also quotes the same people as saying that 'preferences remain fluid and other people are being considered and could emerge as front-runners.'

However, Microsoft and Nokia spokespersons declined to comment on the matter. A Ford spokesman also refused to comment.

Recently, Microsoft chairman and co-founder Bill Gates had informed that the company's board had met on November 18 to discuss CEO candidates, and had even met with a number of them, at Microsoft's annual shareholder meeting in Bellevue, Washington. .

Microsoft aims to reach a decision on the new CEO before the end of this year but the announcement could be pushed to early next year, according to the Bloomberg report.

The report also cites people who have knowledge of a document prepared by the Microsoft board for the CEO search as saying that it describes the ideal candidate as, "one who has an "extensive track record in managing complex, global organisations within a fast-paced and highly competitive market sector; track record of delivering top and bottom line results. Proven ability to lead a multi-billion dollar organisation and large employee base."
Comments