Metamaterials can be used to perform mathematical operations like calculus 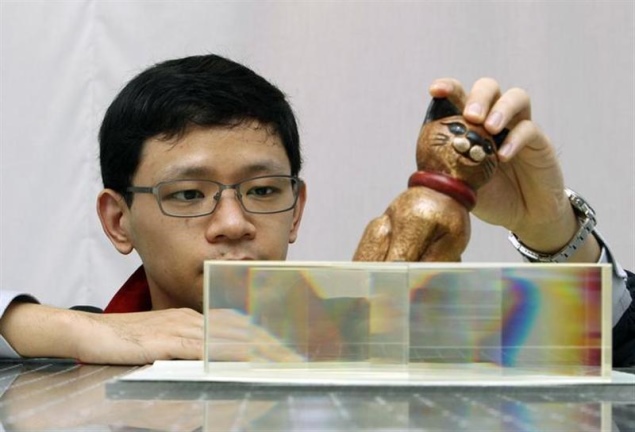 The future is here. So-called metamaterials - that can alter the properties of light waves often to render an object invisible - can also do computer's work.

Researchers have found that metamaterials could change the shape of an incoming light wave in ways that have the same effect as performing calculations on a computer.

"As a light wave goes through a block of metamaterial, by the time it comes out, it should have a shape that would be the result of mathematical operations," said Nader Engheta, professor of electrical engineering at the University of Pennsylvania, US.

The research shows the technology could dramatically speed up calculations such as those used in image processing.

By running simulations of light waves passing through metamaterials, the team showed that the method could perform operations from calculus, such as taking derivatives - a measure of the rate of change in a mathematical equation, said the study published in the journal Science.

A metamaterial might bend light in one direction for some distance and then change, so that when it emerges, the light has been bent twice. This would allow for more complex kinds of calculations, added Engheta.

In the future, the metamaterial blocks do not have to be limited to one single mathematical operation, because the properties could be adjusted - for instance, the way it refracts or reflects light.

The idea is similar to liquid crystals, which can be altered with electric charges to make images on phone and computer displays, said the study.