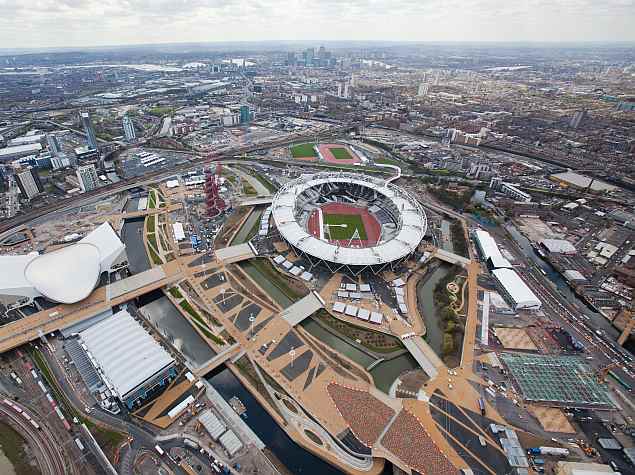 Maybe this time Silicon Valley will have to move over - London made a fresh bid Thursday to become a world centre for high-tech and start-ups.

Mayor Boris Johnson said he wanted to make London the "tech capital of the world".

The high-tech sector in the British capital has grown out of the trendy east London district of Shoreditch and now stretches out to the Olympic Park several miles away.

"There is nowhere to rival London for tech firms to thrive and grow - we have the talent, the investors, and the entrepreneurial spirit," Johnson said.

The prevalence of start-ups around Old Street roundabout has seen it dubbed Silicon Roundabout, but while the area is far from the gleaming offices of California's Silicon Valley, the British government is pushing the sector hard.

The Tech City body, which has been helping companies set up in London since 2010, says there are now 1,300 compared with 200 when it was created, and they employ more than 155,000 people.

Johnson said the Olympic Park, the site of the 2012 Games which is now re-opening in a reconfigured form, was "ripe both for new start-ups and more established operations".

Tech City says one sign of the attractiveness of the British capital for the high-tech sector is the 75-percent growth in the number of foreign companies investing there.

Not everyone is happy -- some of the original start-ups in Shoreditch claim they have been priced out by rapidly rising rents as the tech giants move in.

But key players in the sector who gathered with Johnson at the TechHub -- a centre where other entrepreneurs can come for advice -- said London was a highly attractive destination with huge potential.

Michael Acton Smith, the CEO of Mind Candy, the makers of the global hit Moshi Monsters, said: "Confidence in London is rising, start-ups are flourishing, you can feel the crackle of energy and potential in the air."

Social networking giant Facebook is expanding fast in London because it is such a "rich source of engineering and technology talent", said Nicola Mendelsohn, the company's vice president for Europe, the Middle East and Africa.
Comments