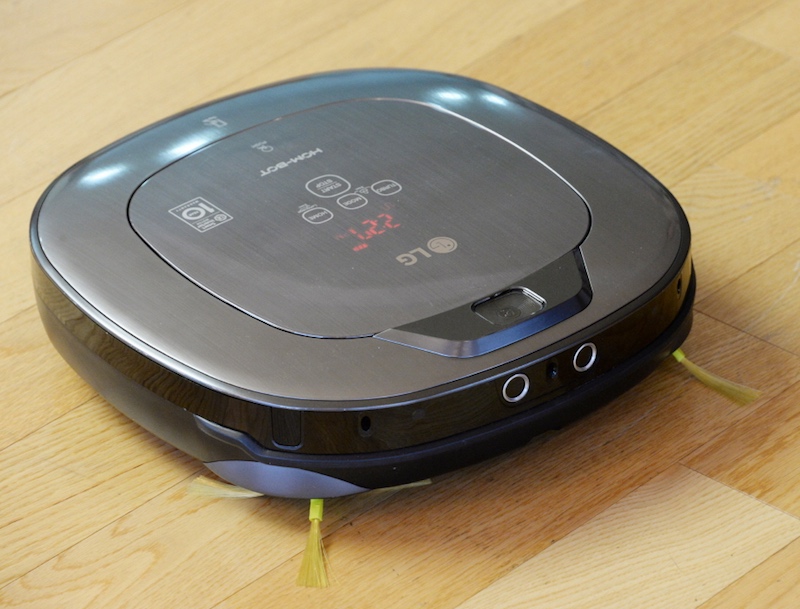 LG Electronics wants to help you with your home cleaning chores. The company has announced that it will showcase the Hom-Bot Turbo+, the world's first robotic vacuum cleaner featuring an augmented reality view at the CES 2016 trade show next month. The smart cleaner, which can be controlled by a smartphone, doubles as a security camera.

The Hom-Bot Turbo+ comes with a range of interesting features. It has a vision system that lets it automatically avoid the obstacles in its way. The augmented reality view in the Hom-Bot Turbo+ can be observed on the paired smartphone, the company noted. This also enables a user to clean a specific area by just tapping on the screen.

The smart vacuum cleaner houses a range of sensors and filters including the Home-Joy, Home-View, Home-Guard, Triple-Eye, Robonavi, Smart Inverter Motor, Corner Master, Digital Bumper, and Easy-out Dust Bin. It has a noise level of 60dB, and comes with an inbuilt lithium battery.

The Hom-Bot Turbo+ also works as a security monitoring tool. It is able to send pictures of your house to your smartphone when there is some movement when you're out.

There's no word on pricing yet. CES 2016, one of the largest consumer electronics trade shows, will take place between January 6 to January 9.

There's also the LG CordZero Canister, which as the company claims, can do a continuous cleaning for up to 40 minutes in regular mode, and will be shown off at CES 2016. It is said to be 10 percent more efficient than a conventional 2,000-watt corded vacuum cleaner.

"The powerful new technologies found on the latest LG CordZero products represent the company's commitment to innovation and providing customers with a better life through better products," said Jo Seong-jin, president and CEO of the LG Electronics Home Appliance & Air Solution Company in an emailed statement.