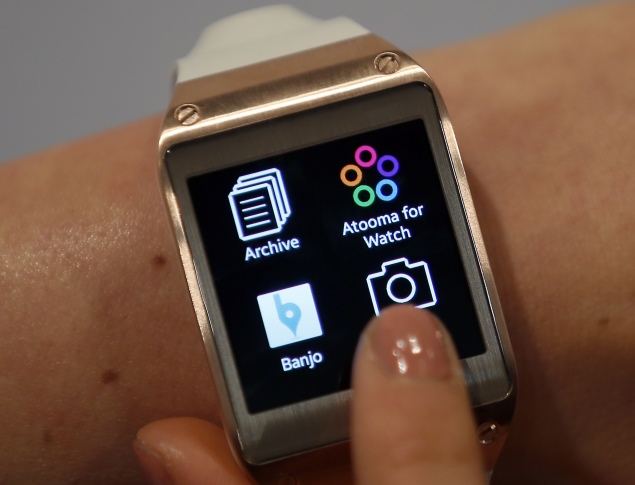 LG is set to enter the wearables segment quite soon, if a new report is to be believed. Back in August, a company executive had confirmed the South Korean manufacturer's plans to enter the smartwatch market by 2014, and the new report suggests MWC will be the venue for the unveiling.

Phonearena cites a couple of reports emerging from Korea and Japan, which claim that LG is working on a smartwatch rumoured to be named G Arch and is also developing a fitness tracking wristband called the G Health. The South Korean major is also rumoured to launch both the wearable devices at Mobile World Congress (MWC) 2014.

Smartwatches have been around for some time now, with a few major players entering the segment recently such as Samsung and Qualcomm with Galaxy Gear and Toq smartwatch respectively. However, the wearable devices have failed to garner much consumer interest.

A report even claimed that Samsung's first wearable device, the Galaxy Gear smartwatch's sales figures have been disappointing. However, Samsung countered the claim immediately after. Now, the South Korean manufacturer is said to be working on the successor to the Galaxy Gear.

Sony has been an established player in the smartwatch segment, and the company launched the SmartWatch 2, the successor to its original SmartWatch, not too long ago.

Recently, ZTE revealed its plans to enter the wearable device segment next year, with the launch of its first smartwatch, as confirmed by a company executive.

The Mountain View-based Internet giant is also not far behind with its own smartwatch, as a report suggested that the company was in talks with Asian suppliers to start mass production of the new wearable, which is supposedly in the late stages of development.