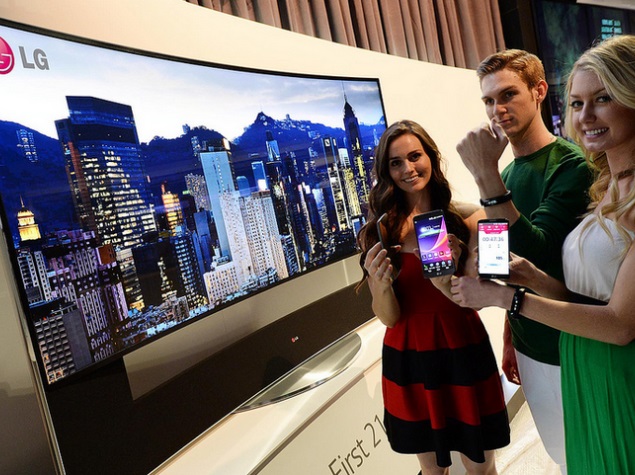 Notably, the latest wearable from LG can sync with Android and iOS devices using Bluetooth 4.0, though the company has not detailed whether the device can work with smartphone, tablets or even both.

The LG Life Band Touch wristband can also track physical activities such as steps taken, distance covered and calories consumption. The Life Band Touch features an OLED touch display which works as a watch and shows notifications from the connected device. In addition to the LG Life Band Touch, the company has also introduced heart beat earphones (Heart Rate Earphone), which can check user's blood flow in the ear, according to The Verge.

The Life Band Touch also includes touch controls for music playback and receiving calls from the synced device. The LG Life Band Touch wearable fitness wristband will be pitted against the likes of Nike's popular FuelBand.

LG has already revealed plans to expand its Ultra HD TV line-up and has announced a new premium line-up at the International Consumer Electronics Show (CES) in Las Vegas.