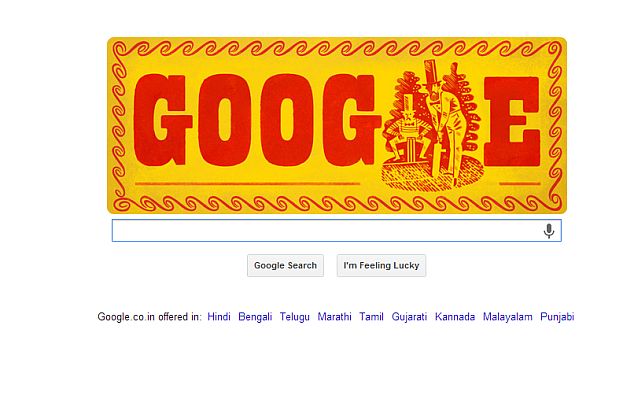 John Wisden's 187th birthday has been marked by a Google doodle. Wisden was an English cricketer and creator of the Wisden Cricketers' Almanack, which is often referred to as the 'Bible of cricket'.

The Google doodle gives a tribute to Wisden as it's designed just like the front cover of the Wisden Cricketers' Almanack complete with the yellow background colour and similar fonts, and features Eric Ravilious' famous woodcut of two cricketers, which appeared on the cover, every year until 2003.

John Wisden was born in Brighton, Great Britain, on September 5, 1826. He started playing professional cricket at the age of 19 making his debut for the team of Sussex. Not much is known about his early life, though.

Wisden was known to be the best all-rounder at his time and was also called "The little wonder." He was initially a fast round-arm bowler and took nearly 10 wickets every game, on average. His pace slowed down during his latter years.

Wisden retired in 1863 at the age of 37 as he was suffering from rheumatism, following which he started the publishing the Wisden Cricketers' Almanack, an annual publication that rounded up the year and featured awards, records, detailed coverage of all games, and other information.

The Almanack is the longest running sports annual, as it's still published every year in the month of April. The Wisden brand was transferred to a number of businesses and the Almanack is now part of Bloomsbury Publishing.

The first edition of the Almanack is a collector's item and said to be valued at 25,000 GBP.

John Wisden died of cancer on April 5, 1884, at the age of 57 and is buried in Brompton Cemetery, London.