JD.com CEO Will Not Face Assault Charges in Minnesota 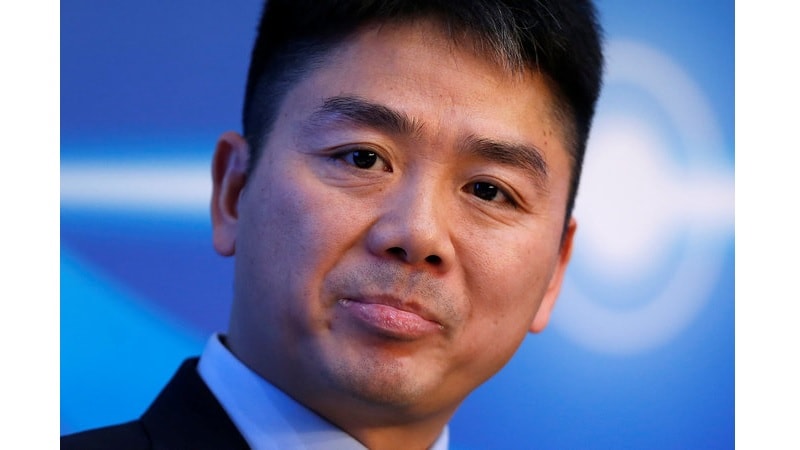 Minnesota prosecutors will not charge the billionaire chief executive officer of China's JD.com, Richard Liu, after he was accused of rape by a University of Minnesota student during a recent US visit, authorities said on Friday.

Hennepin County Attorney Michael Freeman said there were "profound evidentiary problems which would have made it highly unlikely that any criminal charge could be proven beyond a reasonable doubt."

In a statement, Freeman said that after an investigation by Minneapolis police and a review by four senior sexual assault prosecutors, it was clear his office could not meet its burden of proof, and therefore could not bring charges.

"Because we do not want to re-victimize the young woman, we will not be going into detail," Freeman said.

The 45-year-old Liu, who grew JD.com from a humble electronics stall to an e-commerce giant with 2017 net revenues of $55.7 billion (roughly Rs. 3.8 lakh crores) and maintains tight control of the company, was released without charge about 17 hours after he was arrested on August 31.

He quickly returned to China, where he has continued to run the company. His representatives have maintained his innocence after the woman from China studying at the University of Minnesota accused him of rape.

Liu said in a social media post he felt "utter self-admonishment and regret" for the "enormous pain" his "actions on that day" caused his family, especially his wife, internet celebrity Zhang Zetian.

"I immediately confessed to her the truth, and hope she can accept my most sincere apologies," he said in a statement on the Weibo platform.

Liu said the decision by prosecutors not to press charges proved that he had not violated any laws "from to start to finish".

He said he had been unable to defend himself earlier despite "misleading information" and could not respond to comments in social media and news reports because he did not want to obstruct the investigation and judicial process.

JD.com shares extended gains on Friday after news spread of the decision not to prosecute, and closed up 5.9 percent.

The case has attracted extreme interest in China. Liu could have faced up to 30 years in prison under Minnesota law if convicted of first-degree criminal sexual misconduct.

'Story will be told'
On Friday, Freeman said the three months it took his office to review Liu's case was not unusual for a sexual assault investigation, especially one in which no one was in custody.

"It had nothing to do with Liu's status as a wealthy, foreign businessman," Freeman said in his statement.

A lawyer for the student who accused Liu criticised the decision, saying it showed why victims of sexual assault feared coming forward, and questioned why prosecutors waited to issue a release until late on the Friday before Christmas.

"Her story will be told. On her behalf we will not permit her dignity to be simply swept under the rug."

The Hennepin County Attorney's Office did not immediately respond to a request for comment on Florin's statement.

An attorney for Liu said they welcomed the decision, and hoped that it would dispel "misinformation and speculation".

"Mr Liu was arrested based on a false claim, and after a thorough investigation, with which he fully cooperated, the declination of charges vindicates him," Liu's attorney, Jill Brisbois, said in a statement.

Florin said his client will file a civil lawsuit, saying they looked forward to a civil jury hearing the "full and complete story" and determining whether Liu, JD.com and their representatives should be held accountable.

Reuters previously reported details of what happened while Liu was in Minneapolis, including a description of the alleged attack and the events around it given by the now-22-year-old student.

Usually based in Beijing, Liu made the US trip for a week long residency program at the University of Minnesota's Carlson School of Management, which runs a doctor of business administration program with China's elite Tsinghua University.

The University of Minnesota said it had no comment on Friday's announcement.

The decision to not prosecute followed criticism of Minneapolis authorities, including Freeman's office, for what some see as a failure to pursue sexual assault cases adequately.