Ireland says will not be US "whipping boy" on tax 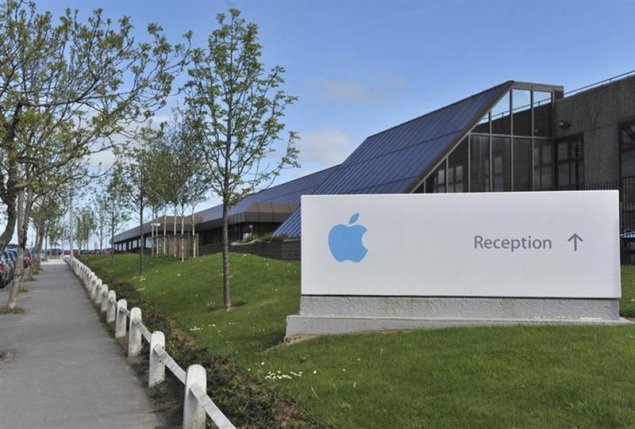 Ireland's finance minister said the country would not be the "whipping boy" for what he called a flawed U.S. Senate report that said Irish loopholes helped technology giant Apple shrink its tax bill.

Ireland has been forced to defend its corporate tax rate after the Senate said on Monday that Apple paid little or no tax on tens of billions of dollars in profits channelled through Irish subsidiaries and that it had negotiated a special corporate tax rate of less than 2 percent.

While a cabinet colleague acknowledged on Wednesday that there needed to be a clampdown on multinationals shifting profits around the world to avoid tax, Michael Noonan went on the attack, telling senators they had got their sums wrong.

In an angry exchange at a parliamentary committee meeting, the finance minister accused a fellow legislator of putting the jobs of people in the country at risk by repeating the Senate committee's claims.

"I do not want to be the whipping boy for some misunderstanding in a hearing in the U.S. congress," Noonan said in his first comments on the subject since the hearings.

"The central point the committee proceeded to speak of was an Irish special tax rate of two percent or less. The two-percent annual rates are got by dividing the tax charged by branches in Ireland by the entire profit of the companies concerned. This is clearly wrong and misleading."

The U.S. investigation showed that the iPhone maker had paid tax worth just two percent of $74 billion in overseas income, largely helped by Irish tax law, which allows companies to be incorporated in the country without declaring taxes there.

The Senate subcommittee identified three Irish-registered Apple subsidiaries that have no tax residency in Ireland. One of these, a holding company that includes Apple's retail stores throughout Europe, paid no tax at all in the last five years.

Repeating a message from ministers and officials that the Irish tax system is transparent and that no company has ever been given a special deal, Noonan said Apple's arrangement was simply a matter of tax planning by a company who had found a gap to exploit between two different tax jurisdictions.

The subcommittee said as much, he added, when it noted that the Apple subsidiaries concerned, registered in the Irish county of Cork, were neither tax resident in Ireland nor in the United States - where foreign corporations need not declare taxes.

Responding to a questioner who said Apple's tax rate bordered on magic, Noonan replied: "Maybe there was a magician, but the magician wasn't living down in Cork. Because they are not tax resident inIreland, they are not liable to Irish tax."

Provoking U.S.
Other European governments, notably France, have previously criticised Ireland's low rate of corporation tax - 12.5 percent - but the revelations from Washington focus
on loopholes in the Irish tax code that Dublin is finding it harder to defend.

Richard Bruton, the minister in charge of attracting foreign companies like Apple to invest in Ireland, said companies need to be reined in: "They play the tax codes one against the other; that is tax planning, and I think we do need international cooperation through the OECD to deal with the aggressive nature of that," he told state broadcaster RTE.

Irish Prime Minister Enda Kenny steered a careful path on Wednesday, saying on his way to a European Union meeting on tax avoidance that Dublin was helping lead a drive for a new international consensus on tax regimes for multinationals.

Unlike some other low business-tax economies, many with tiny populations, Ireland is heavily dependent on foreign companies such as Google , Pfizer and Intel for its export-led growth and for employment - foreign firms employ some 150,000 Irish people out of a workforce of under 2 million.

While Ireland has successfully repelled attacks on its corporate tax rate from European neighbours, U.S. pressure is more difficult to ignore.

By closing its own loopholes, Washington could threaten Ireland's status as European hub for U.S. multinationals, and economists said it would be better for Ireland to act first.

"In the long run, the U.S. Congress, if they wanted to, could wipe out those 150,000 real jobs, and we don't want to provoke people by over-egging it, by doing things that are clearly upsetting the U.S.," said John FitzGerald of Irish think-tank the Economic and Social Research Institute.

Bruton said scapegoating individual countries was not the answer and noted fierce competition Ireland faces in trying to attract companies: "When I go into the boardrooms either in Asia or the U.S., I am followed into those boardrooms by Swiss, by Singaporeans, by Dutch, by Belgians who are offering specially put-together deals on the tax front," he said.

"We make no apologies for having a regime that is designed to promote employment. It is a regime we have had for close to 50 years."