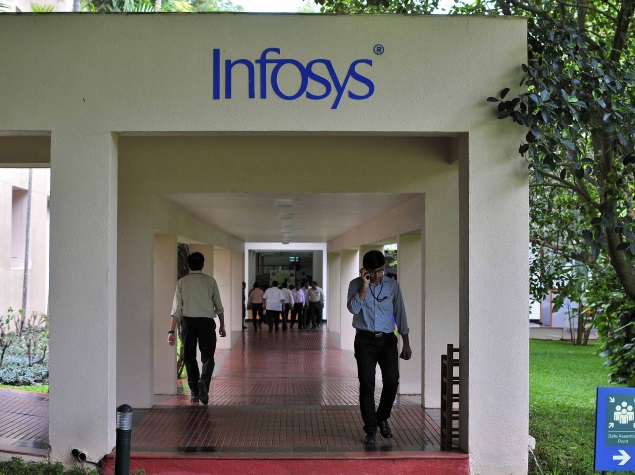 Infosys, the country's second largest IT services firm, is open to 'bigger scale' mergers and acquisitions but with a caveat, it is not interested in "yesterday's" companies.

The Bengaluru-headquartered company, once the bellwether of Indian IT industry, also says it is primarily interested in taking over innovative companies and in areas like automation and artificial intelligence.

Infosys CEO Vishal Sikka, who was brought from German software major SAP last year to revive the company's fortunes, also laughed off suggestions that Infosys itself can be acquired.

"We are here to acquire others and not be acquired... Certainly not till I'm here," he told PTI in an interview.

"We are open to mergers and acquisitions and we would love to acquire companies that are innovative. We are looking at companies worldwide, everywhere. There are some areas where you can bolster yourself geographically and so on. The main point is that I have no interest in acquiring yesterdays company (technology-wise) just because it adds to the revenue number or to the bottomline and so on," he said, adding that would miss the point.

The first non-founder CEO of the over $8-billion IT services exporter said that the firm is looking at acquiring smaller companies, but is open to bigger ones as well.

"We are interested in acquiring smaller companies, although you never say no to something that makes sense and a bigger scale as well. Primarily the interest is in smaller companies, innovative companies. These areas that I mentioned automation, artificial intelligence.

"Lots of new thinking, new kinds of application. Wherever productivity improvement can be achieved by bringing people together with technology.. so amplifying peoples ability with technology," Sikka said.

Infosys is also interested in new areas of collaboration, he said adding, "I think this onsite-offshore needs to be rethought around the power of technology, design technology.

These areas we are looking forward to and acquiring."

Previously also Sikka has said that Infosys will look at firms working on "technologies of tomorrow" like artificial intelligence (AI) and automation for acquisition.

So far Infosys has made no acquisitions under Sikka, since he took over the helm of affairs at the company in August last year.

'Blackhat' Brings Cyber-Security to the Big Screen
Q&A: How Internet.org Aims to Connect the World's Poor