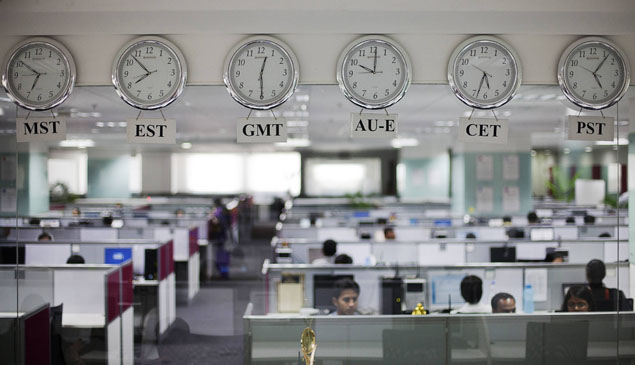 India's $100 billion software and services outsourcing sector is likely to meet the lower end of the growth outlook for this fiscal year, an industry lobby group said as customers tread cautiously on technology spending due to global economic uncertainty.

The National Association of Software and Services Companies (Nasscom) had in February forecast IT exports to grow 11-14 percent in the fiscal year ending March 2013.

"For FY2013, a year marked by significantly varied trends, the industry is expected to meet the lower-end of its growth guidance and at least achieve a double-digit growth," Nasscom said in a statement on Monday.

Industry export revenues are estimated at $75 billion to $77 billion for the year, it said.

The pace of growth slowed in the recent quarters for India's top outsourcing companies, including Infosys Ltd and Wipro Ltd, as western clients curbed spending in a difficult business environment.

With customers such as Citigroup, Wal-Mart Stores, BP Plc and Volkswagen AG, the Indian outsourcing sector relies on the United States and Europe for three quarters of its revenue.

Samsung's Android-based Galaxy Camera up for India pre-orders
Spectrum auction off to a lukewarm start; no bidders for Delhi, Mumbai