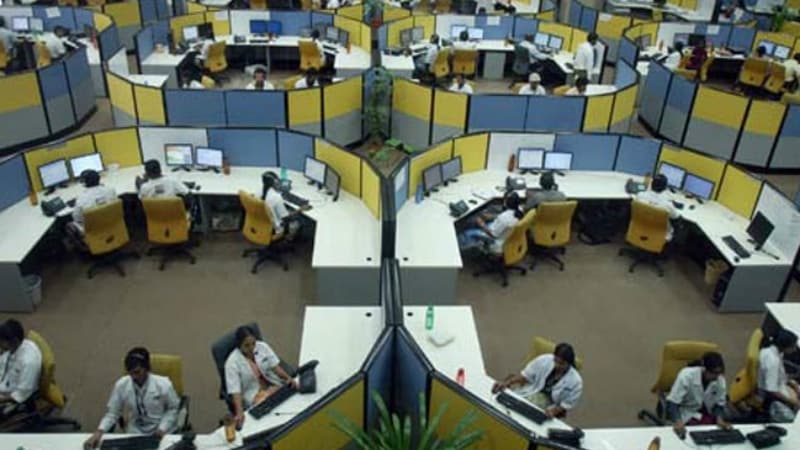 Hiring by the Indian IT companies declined 17 percent year-on-year in May 2017 as volatility in the technology sector continues, according to the recently-released Naukri JobSpeak study. Other tech jobs, such as by BPO (down 10 percent) and telecom (dip of 7 percent) companies, also saw downturn in the month compared to the corresponding period last year. The study documents hiring via Naukri.com, a division of Info Edge (India) Limited, and publishes results based on job listings added to the site month-on-month.

Tech was the worst-hit sector overall, but the oil & gas sector also saw an 18 percent decrease in hiring, and pharma was down 1 percent. There were no new jobs in the construction industry, the study says. On the other hand, hiring in the banking and insurance sectors rose 8 percent and 4 percent, respectively. The auto industry recorded the highest rate of increase in new jobs at 20 percent. Overall, there was a 4 percent negative growth in new jobs in May 2017, the study says.

Top IT companies such as Infosys, Wipro, and Cognizant reportedly plan to or have laid off several employees; the number is said to run in the thousands for the three combined. According to executive search firm Head Hunters India, as many as 1.75 lakh to 2 lakh IT jobs will be cut annually for the next three years. However, IT industry body NASSCOM has claimed the reports of mass layoffs in the sector are incorrect.

Even as this happens at home, IT companies prepare to hire more locals in the US as they feel the pressure in the US against the use of H-1B visas in what is seen as a protectionist measure. In fact, Infosys has confirmed it will create 10,000 new jobs in the US.

But the protectionist measures of the biggest IT market in the world are not considered to be the only cause of concern, as the technology industry moves fast and employees to need to update their skills. In fact, many are said to be re-skilling themselves with new technologies and languages as automation is expected to take away up to 5 lakh jobs from India’s IT sector.

Further reading: Indian IT, Indian IT jobs, indian it job cuts, IT jobs, It jobs in India, Infosys, Cognizant, WIPRO