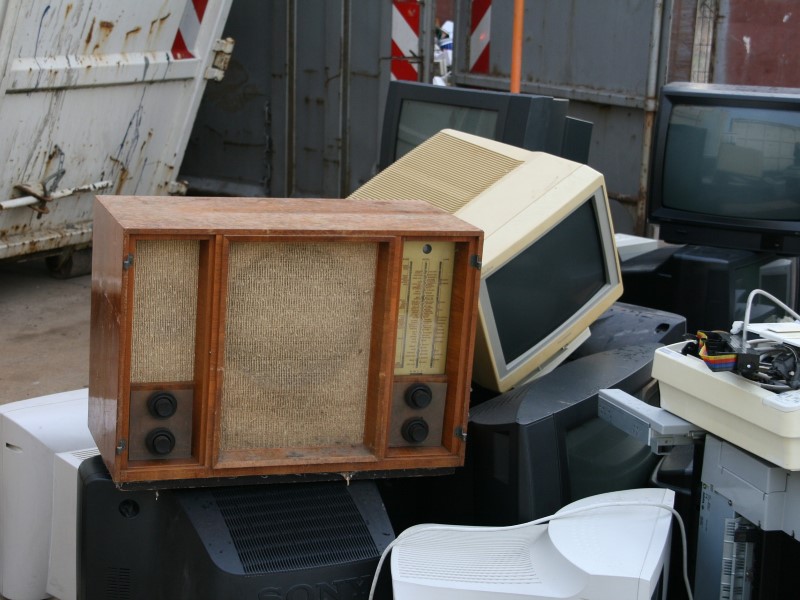 India generates about 18.5 million metric tonnes (MT) of electronic waste every year, with Mumbai and Delhi-NCR accounting for the biggest chunk, a study says.

Mumbai, with 1,20,000 tonnes has topped the list in generating e-waste followed by Delhi-NCR producing 98,000 tonnes and Bengaluru producing 92,000 tonnes, the joint-study by Assocham and Frost and Sullivan said.

Just 2.5 percent of India's total e-waste gets recycled due to poor infrastructure, legislation and framework, the study said that this has lead to a waste of diminishing natural resources, irreparable damage of environment and health of the people working in industry, the study said.

Over 95 percent of e-waste generated is managed by the unorganised sector and scrap dealers in this market, dismantle the disposed products instead of recycling it, it added.

In India, about 5 lakhs child labourers between the age group of 10-14 are observed to be engaged in various e-waste (electronic waste) activities, without adequate protection and safeguards in various yards and recycling workshops, Assocham Secretary General D S Rawat noted.

"It is a matter of concern that most of our e-waste is handled in the most unscientific way by scrap dealers, who may be inadvertently handling radioactive material, as was brought to light in the past in Mayapuri (west Delhi) case," he added.

Further, the study strongly advocates legislation to prevent a child's entry into this kind of labour which includes collection, segregation and distribution.

Other equipment, including household e-crap account for the remaining, it said.

The government, public and private industries contribute over 70 percent of e-waste, while 15 percent comes from households, the study said.

Televisions, refrigerators and washing machines make up the majority of e-waste generated, while computers make up to 20 percent and mobile phones 2 percent.