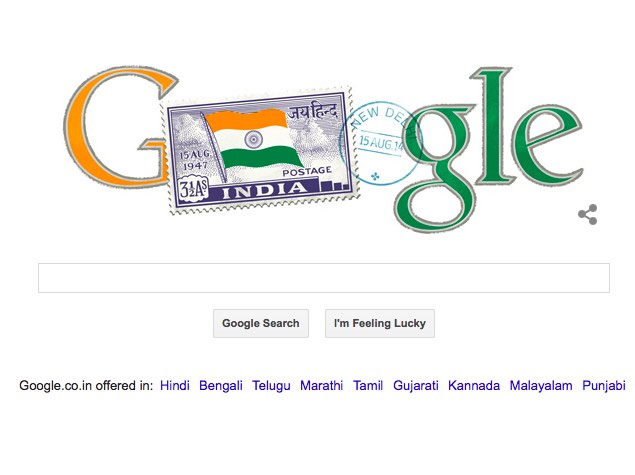 The first stamp of independent India was issued on 21 November 1947. Independent India's first stamp depicts the Indian tricolour flying high in the clouds, with the slogan Jai Hind (Long Live India) on the top right. The stamp had a blue background and was valued at three and one-half annas (roughly 0.22 India rupees in modern terms).

India has a long and proud history of postal systems that were developed for military and governmental communications long before the arrival of Europeans. When the Britishers and other European colonists eventually displaced the Mughals, their postal systems existed alongside those of many 'independent' states. When the East India Company displaced other powers and brought into existence a British administrative system over most of India, the Indian postal system as we know it today began to take shape.

Although the Indian Post Office was established in 1837, Asia's first adhesive stamp, the Scinde Dawk, was introduced in 1852 by Sir Bartle Frere. The Indian Post System expanded its reach to almost all parts of India, Burma, the Straits Settlements and other areas controlled by the British East India Company.

After the Independence of India in 1947, the Indian postal service continued to function nationwide, provided essential connectivity to far-flung regions of the country. It's not uncommon in India for the postman to read, and indeed write, letters to/ on behalf of those who cannot read or write; a duty that Indian postal employees perform with dedication till date.

The India Independence Day 2014 Google doodle is then a salute to that very spirit, featuring Independent India's first stamp with Friday's date - 15 August 2014 - also featuring in a postal mark-style stamp. However, those hoping for a rather elaborate doodle would be disappointed by the doodle in India's national colours.