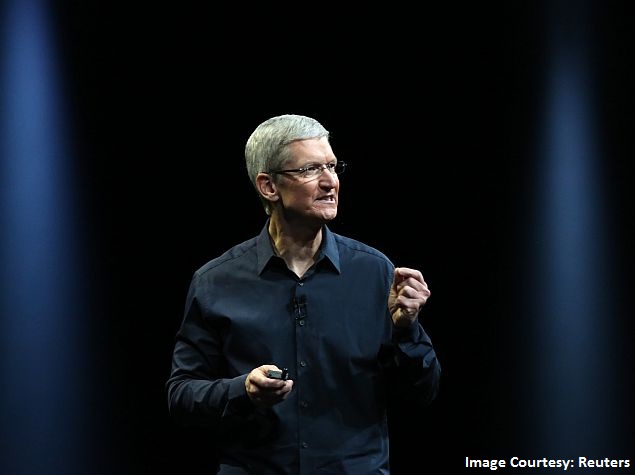 Apple CEO Tim Cook on Thursday became the most prominent American corporate leader to come out as gay, saying he was trading his closely guarded privacy for the chance to help move civil rights forward.

The 53-year-old Alabama native and self-described "son of the South", who has spoken out against discrimination of lesbian, gay, bisexual and transgender (LGBT) people, declared his sexual orientation in a magazine editorial, confirming a fact widely known in the close-knit Silicon Valley tech community but rarely discussed.

Cook's announcement comes as gay marriage is becoming widespread, but the nation remains divided over gay rights. Same-sex marriage is legal in thirty-two U.S. states and in polls a majority support same-sex marriage, with a clear generational divide between younger Americans who are more likely to support it and older ones who are less likely.

"I'm proud to be gay, and I consider being gay among the greatest gifts God has given me," Cook said in an article he wrote in Bloomberg Businessweek.

"I don't pretend that writing this puts me in their league. All it does is allow me to look at those pictures and know that I'm doing my part, however small, to help others. We pave the sunlit path toward justice together, brick by brick. This is my brick."

The fact the chief executive of the most valuable U.S. publicly traded company felt he could disclose his sexual preference in such a public way, and with the backing of the company's chairman, shows how times have changed.

Former BP Chief Executive Lord Browne, who kept his sexual orientation secret for decades, was forced to come out after a boyfriend made it public in 2007. He later resigned.

"By deciding to speak publicly about his sexuality, Tim Cook has become a role model, and will speed up changes in the corporate world," Browne said in an email to Reuters on Thursday.

Cook, who cuts an easy-going figure at Apple's product launches, is an intensely private person. On Thursday, he wrote that it was this desire to keep his personal life private that had held him back until now.

"If hearing that the CEO of Apple is gay can help someone struggling to come to terms with who he or she is, or bring comfort to anyone who feels alone, or inspire people to insist on their equality, then it's worth the trade-off with my own privacy," he wrote.

Even in the United States, it's a tough decision for a public figure to be open about being gay, civil rights advocates say. More than half of LGBT workers in the country are not open about their orientation, according to the Human Rights Campaign.

While never commenting on his sexual orientation, Cook has frequently spoken out against discrimination of the LGBT community, most recently when he journeyed back to his home state, which bans gay marriage, where he was inducted into the Alabama Academy of Honor.

At an award ceremony, Cook criticized his state's lack of progress on rights for gay people, as well as minorities. Local news reports of his comments drew hundreds of negative comments, many saying Cook had betrayed his roots.

"What a slap in the face to the Alabama Academy of Honor by such an ungracious recipient," GE123 wrote in comments to a website report by the Alabama Media Group. "Common decency should have prevailed, but instead he uses this occasion to denigrate Alabamians and further an immoral agenda."

Behind the scenes
It remains to be seen whether Cook's disclosure will affect the company's business in conservative markets such as Russia, Iran and parts of Africa.

The popularity of the ubiquitous iPhone and iPad have helped Apple become a symbol of corporate America across the globe. It now gets more than half of its revenue from abroad, with China its second largest market.

"As the first CEO of a Fortune 500 company to reveal he is gay, Tim helps make the business world a bit less homophobic," Marianne Duddy-Burke, executive director of gay rights organization DignityUSA told Reuters in an email.

"I'm sure this will make it easier for some others in similar positions to consider coming out."

(Also see: In His Native Alabama, Apple CEO's Announcement He Is Gay Prompts Discomfort for Some)

The technology sector is considered relatively open in terms of sexual orientation. Around 15 percent of the U.S. tech workforce is gay or lesbian, according to data scientist Vivienne Ming, who is preparing a white paper on future labor markets for the White House and advocacy group StartOut. That's about on par with media, and ahead of health at 10 percent, finance at 9 percent, and government at 8 percent.

Still, many in the Valley remain discreet about their orientation. Jonathan Lovitz, a spokesman for StartOut told Reuters several prominent gay and lesbian technology professionals had reached out to him, asking how to react. His advice: celebrate, then get back to work.

Cook is at least the third CEO of a publicly listed U.S. company to announce he is gay, following C1 Financial Inc's Trevor Burgess and IGI Laboratories Inc's Jason Grenfell-Gardner.

"On behalf of the board and our entire company, we are incredibly proud to have Tim leading Apple."