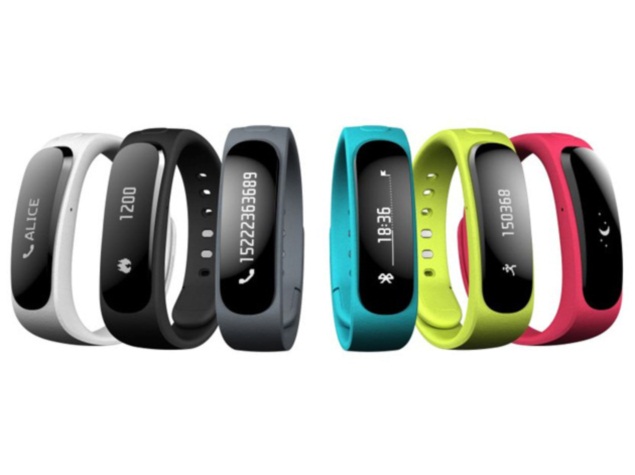 Samsung announced its new range of Gear 2 smartwatches running the Tizen OS earlier this weekend and Huawei isn't too far behind with its own wearable device. The Chinese mobile and tablet manufacturer has announced the TalkBand B1 at the Mobile World Congress (MWC) 2014 in Barcelona.

Huawei TalkBand B1, which will be available in an array of colours, sports a 1.4-inch flexible OLED display, features wireless calling and has a Bluetooth 4.1 earpiece embedded within it. The earpiece can be taken out for making calls, if needed. In addition, Huawei claims the device can be paired with devices running Android versions 2.3 and above, as well as Apple devices running iOS versions 5.0 and above. It comes with NFC support as well.

With health-related features a big focus for wearable devices, Huawei is flaunting its own fitness-related push as well. The TalkBand B1 records the number of steps taken by a user, distance travelled, and calories burnt. In addition it also monitors the sleeping pattern of a user such that a user can set alarms accordingly for waking up.

The TalkBand B1 is powered by a 90mAh battery, and Huawei claims that it can run for six days on a single charge. It weighs 26 grams and can be charged in two hours. The device will be available in China from March and in Japan, Middle East, Russia and Western Europe markets from second quarter of this year 2014. TalkBand B1 will be priced at 99 EUR (approximately Rs. 8,500) in the European market.